June 16, 2019
On FB a friend, one I respect greatly despite, or because of, long term political and artistic differences, but usually handled collegially, posted

My response was this:
So, this is half true in the way Tocqueville probably means, but the other half is - man, that is just basic human psychology. People would rather be the slightly richer person in their poor peer group than the poorest of a somewhat more well-off cohort. I think it's because, when everyone is poor, it feels like that is just the way the world is, you know? Everyone is in more or less the same boat, but maybe you did better or worse than your shmuck neighbors - that's where the competition is, always local. If everyone were "equal in slavery", then freedom would be largely unknown and almost unimaginable.

Personally the american level-seeking characteristic I'm more concerned with these days is smarts; some Americans are so convinced of their own truthy gut intuition that they refuse to recognize that smarts and expertise actually exists; that some problems take a lot of study and though - sometimes pursuing their own specialized glossary or vocabulary so that to the outsider, it's almost impossible to tell if it's just some weird, out of touch intellectual circle jerk or more hard won esoteric knowledge. This point is why I was rather disdainful of that Intellectual Yet Idiot post you linked to here. My favorite image from a remarkable The Public Domain Review page, X is for - what did alphabet books do before X-Rays and Xylophones were in the zeitgeist? 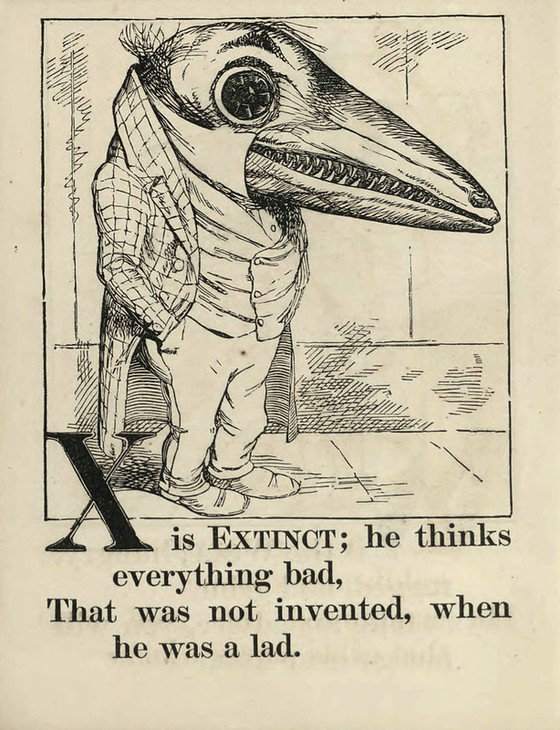 (The site has the full content of Charles H. Bennett's 1855 Beasts, birds and fishes : an alphabet for boys & girls - the n-word makes an unfortunate appearance as a music descriptor, only somewhat mitigated by isolating it in quote marks.)