O Celia, You're cuttin' some farts

A poem I read in class, though I don't recall if it was high school or (more likely?) college.

I also like the opening "Five hours, (and who can do it less in?) / By haughty Celia spent in dressing;" but overall the misogynistic bend of this poem is very ungood. (And was called out at the time, see for example Lady Mary Wortley Montagu's The Reasons That Induced Dr S To Write A Poem Call'D The Lady's Dressing Room that suggests Swift was bitter and looking for something to blame for not being able to perform with a prostitute.)

Also this poem showed me that "Betty", my mom's name, was once upon a time the stereotypical name for a maid, a fact that bothered my mom not at all.

Everybody poops. Rob Plath, back cover of MY SOUL IS A BROKEN DOWN VALISE: 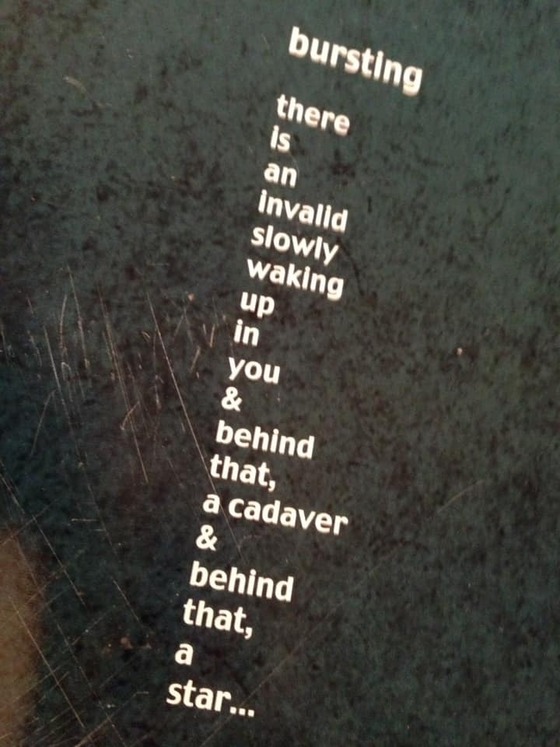 "a very nervous and skinny version of Pocahontas (1000/24th)".... do you think it would be too much to ask that the guy with the nuke codes could understand fractions? Do you think.... Obama knew fractions? Bush?