the end of the world as they know it

You may have heard of a CAPTCHA, which is that puzzle or random letters thing you have to do on some sites to prove you're a person. It stands for Completely Automated Public Turing test to tell Computers and Humans Apart.

But have you heard of the RAPTCHA? It's the Really Awful Public Test to tell Christians and Heathens Apart.

Growing up with this stuff... I got the bejeebers scared out of me by a Sunday School class on Revelation, showing a Christian facing a firing squad for his belief, etc.
Later I learned there's this doctrine of "pre-tribulation" - that the big sweep up to heaven for believers happens BEFORE the s*** hits the fan.
This has always felt like a milquetoast, consoling philosophy, that this whole "God wouldn't let that happen to US, right?" is a rather unbiblical way to soothe children and people with childlike faith - actually similar to how I feel about how Cartesian dualism explains away annoying questions about having to preserve bodies til the resurrection at the end of the world, and also you can say stuff like "I'm sure grandpa's sitting on a cloud looking down at us right now, Timmy".
Even though I'm not a person of faith for any of it, I still resent people who cherry pick the parts that go down smooth a bit - though there's another, possibly wiser part of me that understands it's probably a good way of bringing out the healthier and more supportive parts of a religious upbringing - maybe more carrot than stick is a way towards reaching potential rather than being cajoled into doing right out of fear.

But the whole Rapture/Revelation thing sometimes feels like an excuse to not be good caretakers of the earth. Hollywood realizes that the people working to bring on the end of the world are hardly ever the good guys... why can't evangelicals see that?

Oh, right, my old carve your own jack-o-lantern virtual toy... So, we've noted an uptick in my snoring. I think it's mostly related to some seasonal post-nasal drip, but I'm up at the high part the range where my weight has been, so I thought it might be worth trying to redouble my efforts to get below 200 again. So today I started a food log. Man, even when you're eating pretty well, when you write everything down it looks like some sort of weird King Henry feast.

The werewolf detested his human form -- skin so smooth, so thin, so easily turned to ribbons. Dull senses delivering a bland world. Too much claw traded for brain. And so each day, he dreamt of moons.

Melissa wanted to be a Magic 8-Ball and I wrote a little program we stuck on an old iPhone so she could have a working answer window... 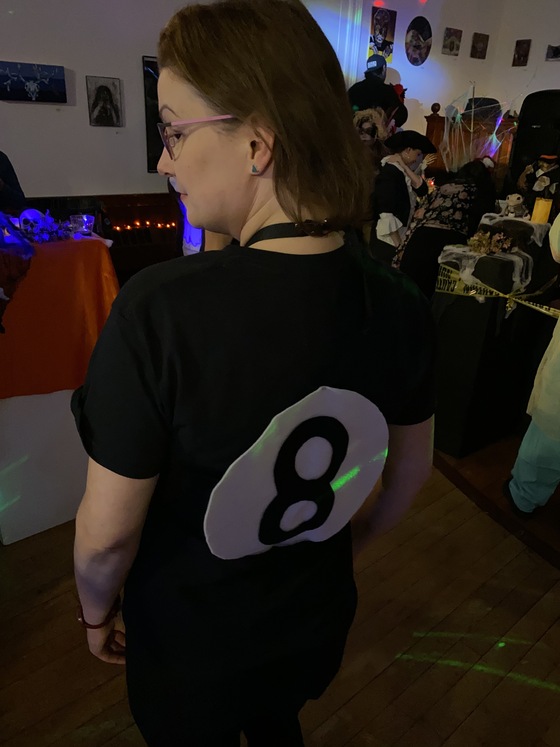 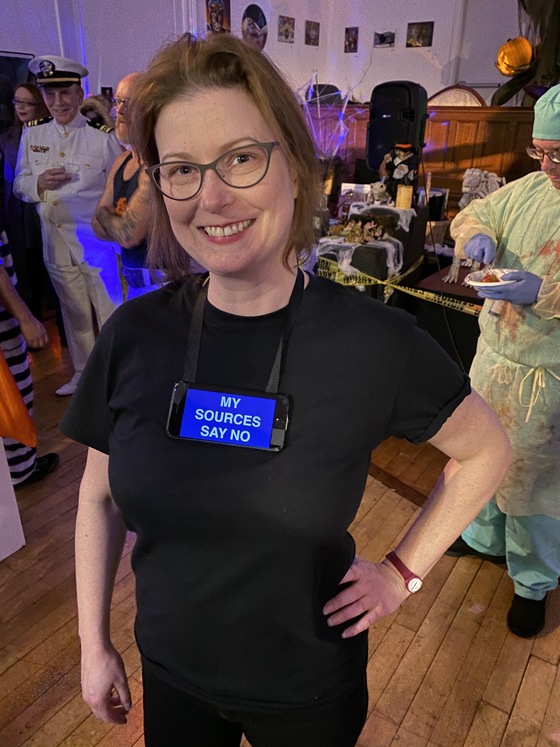