familyhistorytuba
November 22, 2019
One of my parents' favorite appointments was in upstate NY, the city of Salamanca - as Salvation Army officers they really connected with the communities and groups there, from the Seneca people (from whom the land was leased in an odd arrangement) to the Newspaper that was literally right next door to the church to the Catholic school down the street (St. Patrick's, where I attended and my folks got a "clergy discount") to the local theater troop "The Village Players" to the people who had standing orders for bread or cookies when my dad did a round of baking...

Anyway, you see that in these two comics the artist Jerry Meyer did (I think he was associated with the newspaper...) The first was a personal gift (probably at the farewell dinner) and the second was actually published in the paper. 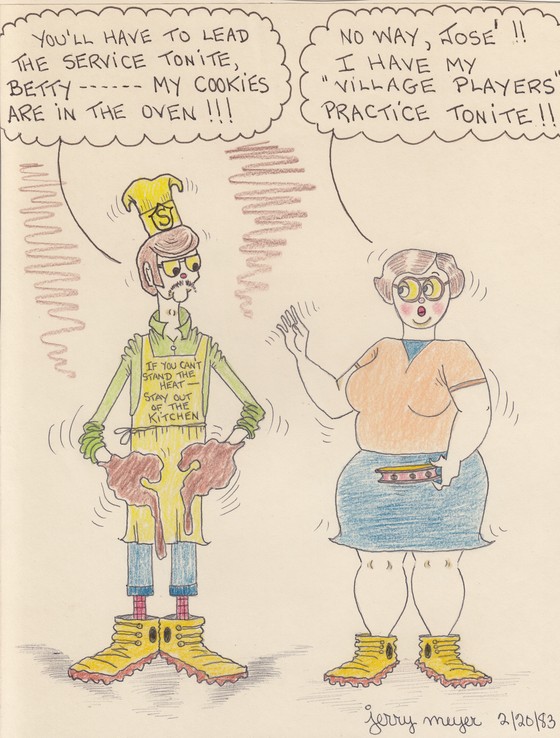 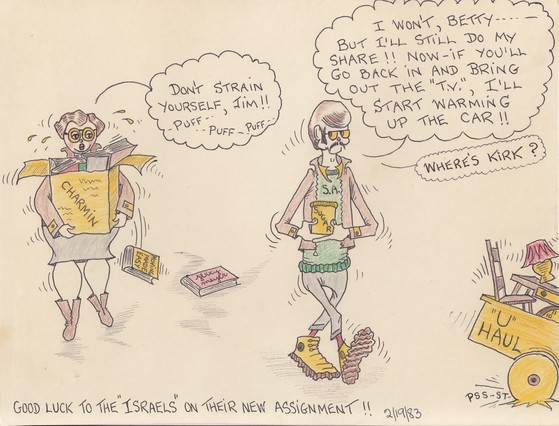 Finally, a gift from Father Boland, the episcopal priest (my parents were popular with other protestant churches in the area- since they were both ordained, there was always someone who could fill in on the pulpit if a church's regular minister was away.) 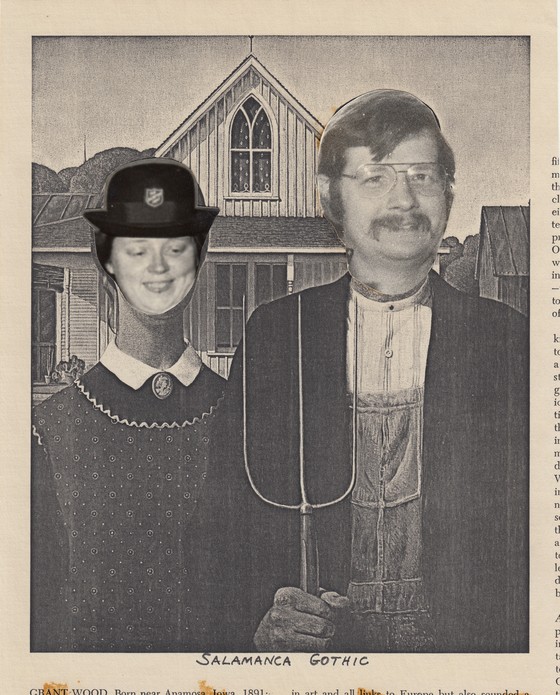 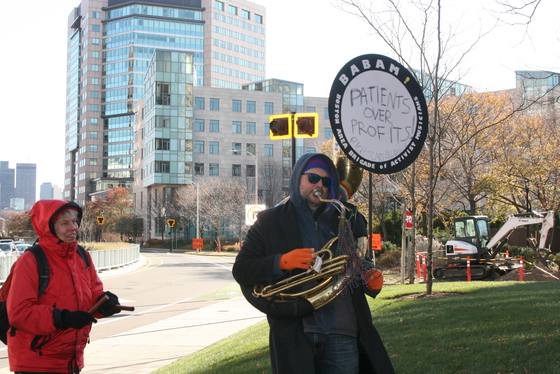 The best way not to be unhappy is not to have a word for it.