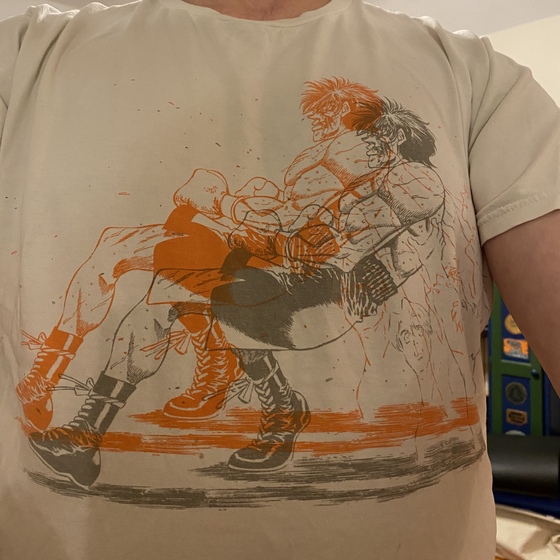 This one I got in Japan in 2008, a Manga-ish frame of a boxer being knocked down. It was my lowkey message shirt when I was expecting a bad day, like layoffs at work or whatever. 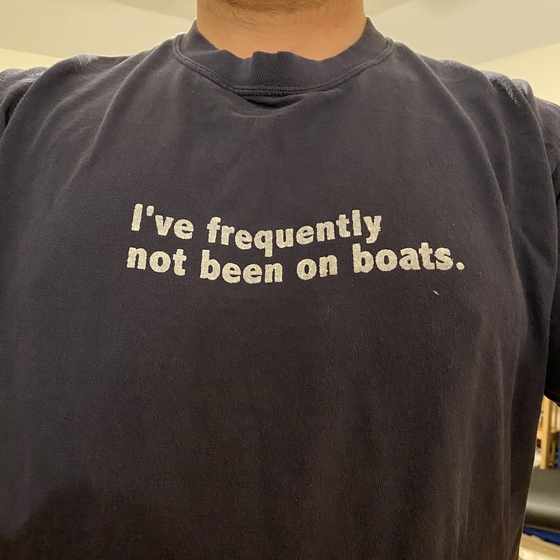 Probably my dorkiest and most pretentious shirt - Kay and I collaborated to screenprint a batch of these - it's my favorite exchange from "Rosencrantz and Guildenstern Are Dead" where the titular characters realize they're below decks on a ship, but the last thing they remember was being ready to be hanged...

"We might as well be dead. Do you think death could possibly be a boat?" "No, no, no... Death is...not. Death isn't. You take my meaning. Death is the ultimate negative. Not-being. You can't not-be on a boat." "I've frequently not been on boats."

People CLAIM they like gum, but as soon as I describe it as "putty you put in your mouth so you can drink you own flavoured saliva" they're all "ew gross" and "Ryan why"

Fascinating digging into how No congenitally blind person has ever been diagnosed with schizophrenia - implications for the connection between vision, timing, and how are minds model and predict the world.