A few related thoughts on food these days:

1. Don't you hate it when you're more or less newly back from a masked grocery store adventure, but you didn't get anything you're actually excited about eating that much, and you know that's like your eating future for the next few weeks?

2. Countering that: I'm always looking for ice cream treats, especially those that come in a fair amount per box and are satiating without too many calories. ("Chilly Cow" used to have some superb options but they got taken off the market.) Current new favorite: "Bomb Pops Middles" S'mores variety. Ten in a box, about 120 calories each, really interesting texture because of the marshmallow inside and the thin hard chocolate coating, graham cracker flavor between. One of those a day makes quarantine better.

3. For some reason salads made at home (or at salad bars, back before they felt like death-via-shared-tongs) never seem even in the same league as, say, a bowl from Sweetgreen. Almost to the point where what should be a delightful fresh salad was making me sad. For a while I thought it was because the flavors didn't have time "jell", but now I think it's just more or less boring flavors and textures. Cooking up some quinoa and getting and putting it on some of those pre-mixed baby greens boxes, along with a distinctive sesame-ginger dressing might be the solution was looking for, and still relatively cheap and very easy.

4. Speaking of easy: I do feel like less of grown-ass adult because I don't cook much at all. It's a somewhat mindful decision: I don't have much of a gourmet palette, and so the time and energy of prep + cooking + cleanup vs the time actually spent enjoying a meal always felt way out of whack. (I totally get why people Instagram that stuff - it's not just showing off, it's also have a record that lasts more than like 20 minutes or whatever!) I admire people who take on those challenges... the transmorgification of basic foodstuffs into tasty meals is a bit of wizardry, but I am ok with anyone (including myself) who channel their energies into other pursuits, and make due with prepackaged meals or simplistic dishes (chicken italian sausage in a wrap with crumbled tortilla and horseradish mustard has been a staple of mine since March) See, unlike programming, cooking doesn't have an easy "Undo" or "Delete" key... Jesus what is going on with police response to protestors Watch City Swans 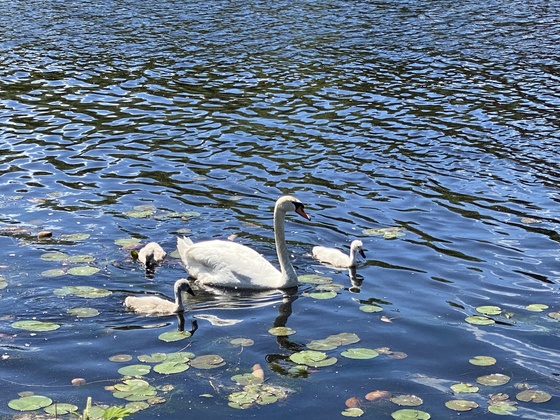