A decade and a half ago, Lego's "Spybotics" line sponsored Gamelab in making "Spybotics: The Nightfall Incident". I really liked this game, and even made a FAQ for it. 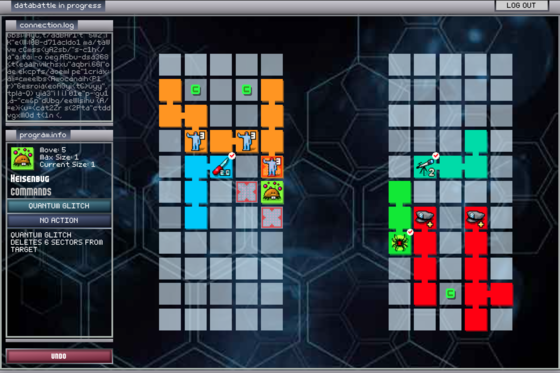 The other week a person named Patrick Pan contacted me - he made a loving and detailed recreation called "The Nightfall Incident". (It was pretty easy to remove the Lego/Spybotics connection which was extremely superficial)

The game is great - as I described it back then

It's a simple wargame in a puzzle game's clothing, with elements of Intellivision's SNAFU (kind of like "Tron Lightcycle") and Pokemon's collecting and battles to boot.

He gifted me a copy in appreciation of my FAQ, but having played through it again I know it's well worth the $5!

Walking takes longer...than any other known form of locomotion except crawling. Thus it stretches time and prolongs life. Life is already too short to waste on speed.