Here are the words, as we know them. I sure there's a lot of mutation over time. Also, it sounds vaguely like there might be something old-timey racist in its general vibe, but looking at the actual lines it's tough to see anything offensive... - "a for 'of"? "hallum scallum"? a "Buck" bowling 'em?

What we call reality is just when we all agree about our hallucinations.

This is after Harris quotes Chris Frith calling consciousness "a fantasy that coincides with reality" - the idea that we absorb raw sensory data but really live in our interpretation of that data, not in the data itself. Our day to day conscious life is closer to what we experience while dreaming, only hopefully a bit more well-grounded in the external objective world.

Contrary to what most people assume, we can echolocate to some degree. If you hold your hand in front of your face and hum and then move your hand back and forth, you'll notice that your humming reveals to you the location of your hand. So you can be a lousy bat whenever you want.

I think I have trouble absorbing the consequences of a brain that doesn't come into its own until later in life. Ever since I myself was a teen, my method of dealing with younger kids was to treat them more or less as adults, to take them seriously and with respect. (It's usually pretty effective, and the kids seem to appreciate it...but I think one ex properly sussed that it put me at risk for being the "buddy dad" type and leaving the more authoritarian stuff for "mean mom".)

I treat kids that way because my strongest emotional driver is the need to be compliant with objective, unemotional reality, and my intuition (which is pretty much wrong, but then again I've never put much stock in intuition...) is that rational clear reasoning is available to everyone. Also because it's often fun and funny to take kids seriously, and it feels like it's good practice for them. But I realize now that it's based on a false premise.

I completely agree. My MIT colleague Erik Brynjolfsson in our business school put this eloquently on a panel at a recent AI conference: "If we can't ensure that everybody gets better off after this huge explosion of wealth, then shame on us." Shame on us!

Setting up a new webcam... I do love webcamtoy.com 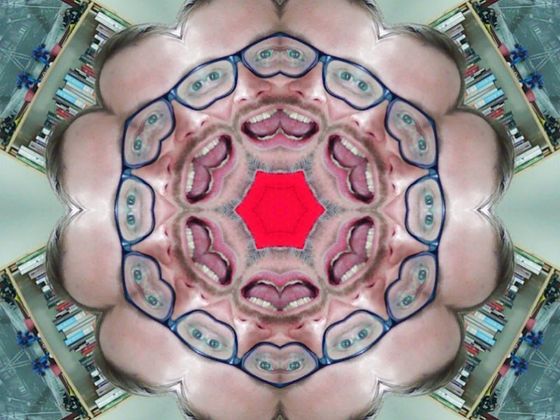 When you believe niceness disproves the presence of racism, it's easy to start believing bigotry is rare, and that the label *racist* should be applied only to mean-spirited, intentional acts of discrimination. The problem with this framework–besides being a gross misunderstanding of how racism operates in systems and structures enabled by nice people–is that it obligates me to be nice in return, rather than truthful.