ramble
February 1, 2021
I've been relistening to the audiobook version of Karen Armstrong's "The Case for God", seeing if it resonates differently for me ten years later. It's positioned as a bit of a retort to the New Atheism of Dennett/Harris/Dawkins/Hitchens. I guess I still have the same thought on it as I did then:

She asserts repeatedly that ancient peoples had a clear split between Mythos and Logos (an idea first introduced to me in "Zen and the Art of Motorcycle Maintenance"). Some cultures had multiple creation myths geared at explaining different aspects of the human experience, and none of them were expected to hold up to a literal interpretation as historic events. The book doesn't really cite evidence, though (at least not the audio version, I don't know if the real thing has endnotes or something) so I'm left wondering if maybe folks were just, you know, gullible back then. I mean, I'm sure some of the hoi polloi took the stories at face value -- I can't believe the question "mommy, did that really happen?" is new, created by our modern culture.

She often uses language like "these stories weren't meant to be taken literally" which forces the question- meant by whom? The original authors? The hierarchy that used them to persuade people to share in the group? Or the people themselves?

This time through, I'm thinking about the Bible story of 1 Kings 1:18-40, Elijah vs 450 prophets of Baal. He challenges them to a duel, separate bull sacrifices, and the real God would set His altar on fire. Elijah even douses his rebuilt altar with 12 jugs of water!

Then the fire of the Lord fell and burned up the sacrifice, the wood, the stones and the soil, and also licked up the water in the trench.

(I kind of hope some of the 450 prophets got to, like, taste what was in the jars and make sure it was really water, given that Elijah apparently had all of them slaughtered after he won.)

But back to the story... does it sound like it was geared for a people who were "meant" to take things metaphorically? On a meta-level, it comes out and says "what's important is that God is Supernaturally True, with a connection to our physical reality that we can recognize." The proof of the puddings in the burning! Not just "the way we the people should live" or "profound metaphors that add depth and instruction to our lives". February, the dumbest month to spell. Orthographically speaking it's the Wednesday of the year. Take it from Max - 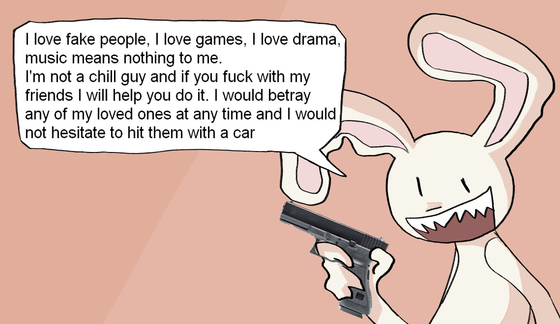 Comic based on Dr. Suart Ritchie's thoughts on where the Scientific Journal/Peer Review system has serious problems and what we can do about it.