ramble
Still strolling through "The Master and His Emissary" - about how our brain's left/right lateralization is a crucial key in understanding ourselves and cultural trends. (I've been reading this book since March! Though often in daily conjunction with another, easier read.)

McGilchrist is getting into written languages - pictographic vs idiographic vs phonetic. And he points out that even among phonetic languages, many (like ones that don't write out the vowels) depend on context more than others; I'd put it that you have to read more holistically to know what each word actually is, rather than a more reductionist system where each word more or less stands on its own.

(English gets a lot of "self-deprecation" from cosmopolitan first-language speakers of it for not being so elegant sounding, and for its spelling inconsistencies. But those inconsistencies reflect a larger than average draw from other languages. My understanding is that English is a pretty easy language to pick up the basics of (maybe because of that "reductionist" mode, without so many conjugation rules critical to making oneself understood) but also it has one of the largest vocabularies - a fluent speaker has a lot of near synonyms to choose from, each with a different nuance. (Like in that opening sentence, I chose "strolling" over walking, jogging, crawling, sauntering, ambling, puttering, moseying, cruising, etc))

I think a new thought I've had - bringing these ideas in line with my ingrained sense of the supremacy of consensus over personal preferences - is this contradiction of the left hemisphere (that McGilchrist argues is more reductionistic, and I'd say more prone to fury when the holistic world doesn't conform to its simplified, manipulable models) with its monopoly on language is the gatekeeper to learning about views outside our own experience! I think McGilchrist and many others over-romanticize the right hemisphere, the wisdom it carries from ingrained experience. It's a creation of its environment and its past as much as everything else is, but somehow carries a gravitas of Truth. But language - written and spoken, the ability to capture complex ideas and share them with new generations, to learn things from the experience of others without the risks and costs of doing everything ourselves - is a big part of what makes us unique as a species. Not to denigrate the interesting bits of language showing up in other species, but we do it on a scale this part of the universe hadn't seen, and that deeply informs my own practice of secular humanism.

Using the following as an excuse to say Arun should come over and keep my company as I attempt to build a flatpack TV stand... 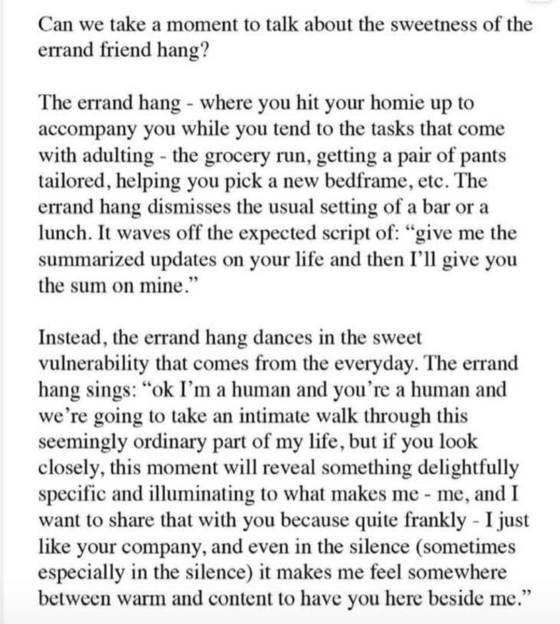