ramble
For an anti-racism reading group I'm reading Sonya Renee Taylor's "The Body is Not An Apology". I've just started it but one related idea I've heard recently is trying to replace "body positivity" with "body neutrality". You don't have to foster adoration for stretch mark or your height or whatever, you just have to understand that these kind of aspects don't have to define someone as a person.

It's too bad "It is what it is" has become such a trite cliché of the reality television set, because I think its calm refusal to sort into emotionally engaged wonderful/awful (with its tacit "yeah, this situation probably isn't my first choice" living in its meta-level) is a useful tool. As far as trite pop catchphrases go it's probably better than "It's all good!" which requires a bit more self-deception or spin to be consistently true.)

Thinking on the subject reminded me of a quip I made years ago - I've been trying to note when I remember early, nascent forms of my current philosophical stances - and I looked it up in my blog:

One of my favorite tags on my blog is /tag/aim, (mostly) bits from the old AOL Instant Messenger days. For a while I assumed it was mostly nostalgia that made me think "damn, we were funnier then" (or maybe just being a bit younger and more quick-witted after all!) but you know? The modern "equivalents" of AIM - SMS/WhatsApp etc... most of them are phone based. And it's much more challenging to get banter going between people tapping into their screens than with two competent typists! Cleveland Indians dropping the name and switching to "Guardians". Didn't realize it was on the short list. I like this logo:

It's kind of a deep cut, but the name comes from (and the art deco-ish style reflects) the statues (either "Guardians of Traffic" or "Guardians of Commerce"?) on the Hope Memorial Bridge: 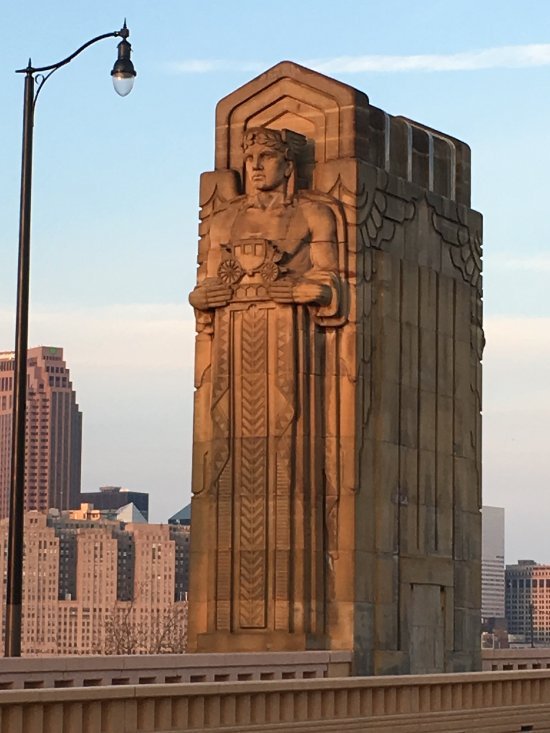 I was kind of hoping for a return of the Cleveland Spiders but I guess that was too creepy a name to have legs (so to speak).