May I say that I have not thoroughly enjoyed serving with humans? I find their illogic and foolish emotions a constant irritant.

I've been thinking alot about Star Trek Vulcans in general; like how they strive to be ruled by logic but that actually represents a lot of internal struggles. (There's probably a lot more there then the "Vulcans Have No Emotions" thinking I took at face value as a kid.)

The psychologist David Myers has said that the essence of monotheistic belief is: (1) There is a God and (2) it's not me (and it's also not you). The secular equivalent is: (1) There is objective truth and (2) I don't know it (and neither do you). The same epistemic humility applies to the rationality that leads to truth. Perfect rationality and objective truth are aspirations that no mortal can ever claim to have attained. But the conviction that they are out there licenses us to develop rules we can all abide by that allow us to approach the truth collectively in ways that are impossible for any of us individually.

Pretty succinct summary of some of my own feelings. Though one note... kind of interesting to implicity tie-in immortality with omniscience...

Some people hope to vest morality in a higher power. That's what religion is for, they say--even many scientists, like Stephen Jay Gould. But Plato made short work of this argument 2,400 years ago in Euthyphro. Is something moral because God commands it, or does God command some things because they are moral? If the former is true, and God had no reason for his commandments, why should we take his whims seriously? If God commanded you to torture and kill a child, would that make it right? "He would never do that!" you might object. But that flicks us onto the second horn of the dilemma. If God does have good reasons for his commandments, why don't we appeal to those reasons directly and skip the middleman? (As it happens, the God of the Old Testament did command people to slaughter children quite often.)

I'm no Plato, but the idea that there is a shared higher moral framework that transcends individual beliefs that we appeal to when trying to persuade others just raise the question, why don't we focus on that potentially universal framework.

[Formal Logic] is *formal*, blinkered from seeing anything but the symbols and their arrangement as they are laid out in front of the reasoner. It is blind to the *content* of the proposition--what those symbols mean, and the context and background knowledge that might be mixed into the deliberation.

You know I probably grabbed this quote because I thought it said "it is blind to the context" not content... because I am increasingly exasperated with reductionist methods that ignore context. I mean you can't swing entirely the other way, and turn everything into an endless sea of "it depends" but nothing can be truly understood in isolation.

Mindfulness of base rates can be a gift of equanimity as we reflect on our lives. Now and again we long for some rare outcome--a job, a prize, admission to an exclusive school, winning the heart of a dreamboat. We ponder our eminent qualifications and may be crushed and resentful when we are not rewarded with our just deserts. But of course other people are in the running, too, and however superior we think we may be, there are more of them. The judges, falling short of omniscience, cannot be guaranteed to appreciate our virtues. Remembering the base rates--the sheer number of competitors--can take some of the sting out of a rejection. However deserving we think we may be, the base rate--one in five? one in ten? one in a hundred?--should ground our expectations, and we can calibrate our hopes to the degree to which our specialness could reasonably be expected to budge the probability upward.

Any theory that can account for all the facts is wrong, because some of the facts are wrong.

No logical argument can establish a moral claim. But an argument *can* establish that a claim under debate is inconsistent with another claim a person holds dear, or with values like life and happiness that most people claim for themselves and would agree are legitimate desires of everyone else.

(Again, this goes back to the appeal of a kind of Plato and the hope for a universally agreeable set of moral priorities.) Vincent and his mini-sousaphone, newest member of JP Honk... 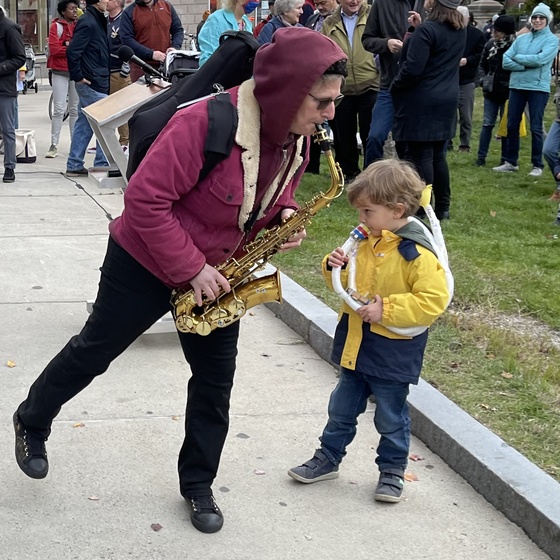 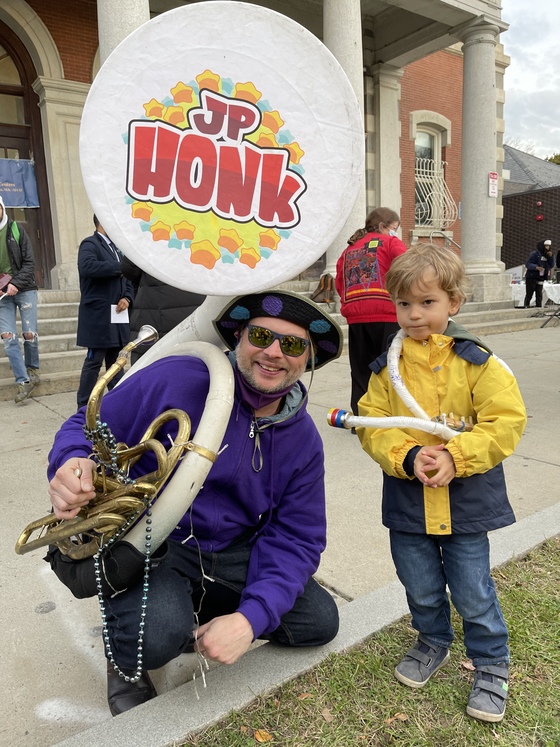