3 guys are hiking through the woods when they find a lamp
One of them picks it up, rubs it, and out pops a Genie. It booms "You have finally freed me after all these years, so I'll grant each one of you 3 wishes." The first guy immediately blurts out "I want a billion dollars." POOF, he's holding a printout that shows his account balance is now in fact 1,000,000,003.50 The second man thinks for a bit, then says "I want to be the richest man alive." POOF, he's holding papers showing his net worth is now well over 100 billion. The third guy thinks even longer about his wish, then says "I want my left arm to rotate clockwise for the rest of my life." POOF, his arm starts rotating. The Genie tells them it's time for their second wish. First guy says: "I want to be married to the most beautiful woman on earth." POOF, a stunning beauty wraps herself around his arm. Second guy says "I want to be good-looking and charismatic, so I can have every girl I want." POOF, his looks change and the first guy's wife immediately starts flirting with him. Third guy says "I want my right arm to rotate counter-clockwise until I die." POOF, now both his arms are rotating, in opposite directions. The genie tells them to think very carefully about their third wish. First guy does, and after a while says "I never want to become sick or injured, I want to stay healthy until I die." POOF, his complexion improves, his acne is gone and his knees don't bother him any more. Second guy says "I never want to grow old. I want to stay 29 forever." POOF, he looks younger already. Third guy smiles triumphantly and says "My last wish is for my head to nod back and forth." POOF, he's now nodding his head and still flailing his arms around. The genie wishes them good luck, disappears, and the men soon go their separate ways.

Many years later they meet again and chat about how things have been going. First guy is ecstatic: "I've invested the money and multiplied it many times over, so me and my family will be among the richest of the rich pretty much forever. My wife is a freak in the sheets, and I've never gotten so much as a cold in all these years." Second guy smiles and says "Well, I built charities worldwide with a fraction of my wealth, I'm still the richest guy alive and also revered for my good deeds. I haven't aged a day since we last met, and yes, your wife is pretty wild in bed." Third guy walks in, flailing his arms around and nodding his head, and says:

(Spinach is Green
And So is a Lime
How we bend Truth
To Finish the Rhyme) Been thinking about decluttering my desk. Suddenly this circa-1984 Apple IIc ad came to mind... somehow it really stuck with me as an aspirational computer work space. 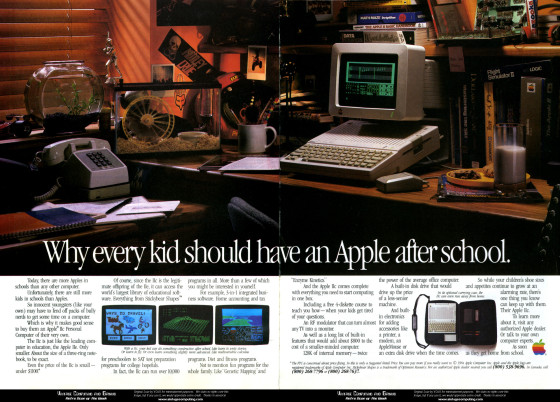 (via Benj Edwards' Vintage Computing and Games on Computers in Kids' Bedrooms) I know I've griped about this before, and too tired to make a "funny" meme, but Stop N Shop "Nature's Promise Organic Microwave Popcorn". Nutrition Facts sends me. "About 7 servings per container". Referring to... the 3 damn bags in there. You know, for that excellent 2 1/3 serving per bag - perfect for.... you and your partner and 1/3 of a friend, I guess?

I just despise this obfuscating horeseshit. "130 Calories Per Tbsp. Unpopped. 30 Calories Per 1 Cup Popped" Thanks for using 2 columns for semi-relevant nonsense. Maybe I should start eating unpopped? Is that a thing?

Start with the assumption that someone will eat a whole bag, or if they are splitting (and actually give a damn) can calculate what fraction of the bag they are wolfing down. Not this "2 1/3 Servings" Malarky. Jeezie Petes.


My theory is that human beings lost the instinct for beauty in 1976, when plastics became the most widespread material in existence. You can actually see the change in process if you look at street photography from before and after 1976. I know we have good reason to be sceptical of aesthetic nostalgia, but the fact remains that before the 1970s, people wore durable clothes of wool and cotton, stored drinks in glass bottles, wrapped food produce in paper, and filled their houses with sturdy wooden furniture.

Thinking about the idea of plastics. (Reminded of 1967's "The Graduate" "I want to say one word to you... just one word [...] Plastics. There's a great future in plastics." That speaks to how maybe there really was a pivot.)

And the idea that we are just flooding our planet with them, that they are our asbestos, lead pipes and lead gasoline, our Victorian-era coal gas carbon monoxide.

As a part of our modern life - is it an essential part of the consumerist drive to make all the stuff cheap? (I don't find them as aesthetically bad as the character writing here goes on to, but still.)

(Thanks to Sophie for reminding me my phone now has image-to-text built into its camera.) With the usual apologies for sort of liking football (I blame high school marching band) I wasn't sure who to root for, Rams vs 49ers. But yeah, no... I cannot in good faith hope a team with that weird urine yellow fading out to white color on the jersey wins. 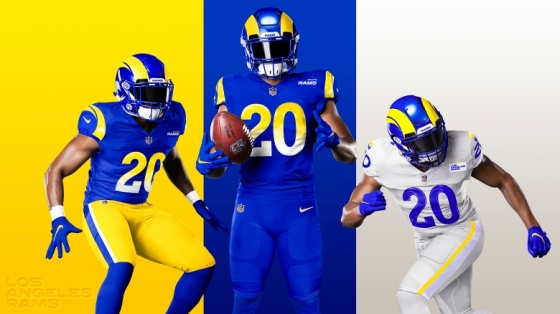 Listening to the latest "Strong Songs" podcast (by tastefully named Kirk Hamilton) - I like how he talks about percussion as "thump, pop, and sizzle".

I really should try and increase my music theory understanding. Though I feel like there is more pragmatic music theory and more abstruse music theory, and I'd like to focus on the former. Maybe that's a false dichotomy, but still, the divide between intuitive music and crawling up its own navel music, and music meant to connect to crowds vs music meant to impress musicians (even if I admit the very best music can probably do both) seems real.

Really nice piece about the Kids eye view - for authors and kinda everyone.