Just finished "Pac-Man: Birth of an Icon", a colorful coffee-table-book masterpiece. So infamously Pac-Man was originally Puck-Man, the name changed to avoid F'in vandalism, but the original cabinet art was so much better than the one released in the USA. 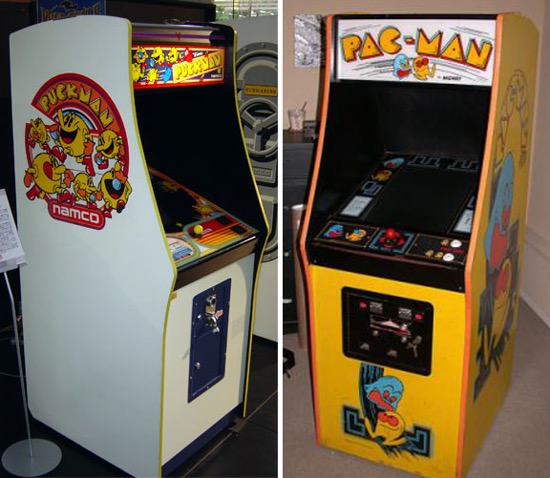 People aren't quite sure of the origin of the "toy-like" red-eyed, be-legged but armless smirking Pac-Man, though it may have been outsourced to Gordon Morison. The eye-catching yellow sides were probably a great idea, however.

I had a strong concept about what a game designer is- someone who designs projects to make people happy.

Also I do love the art for the earlier Namco game "Gee Bee"... 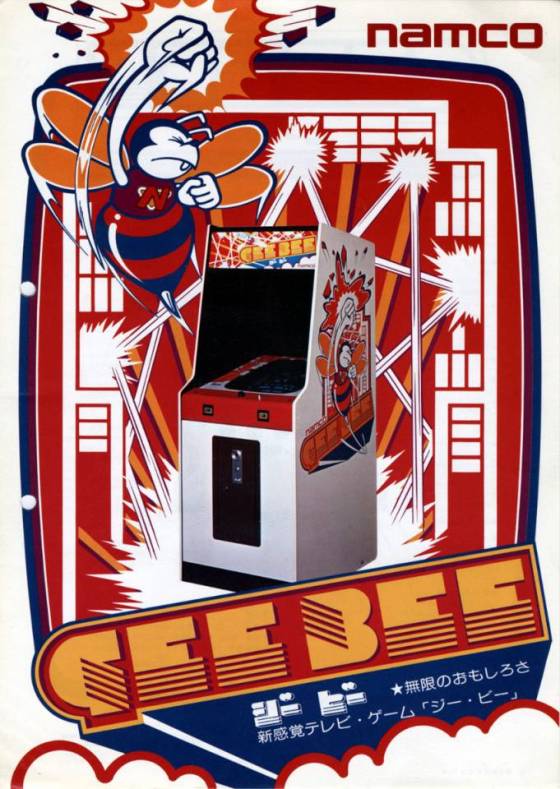