I came up with a meme getting to the heart of my procrastination. 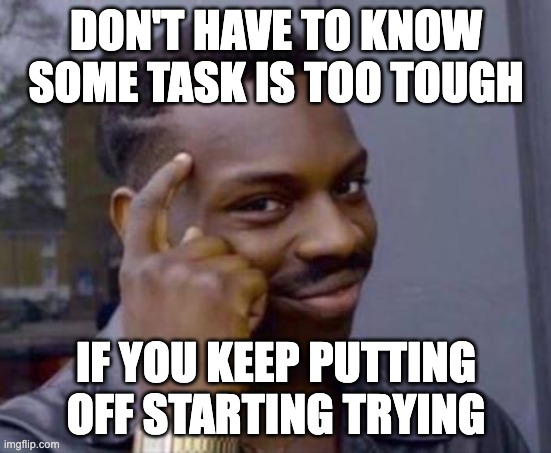 So much of it is just a reflection of fixed mindset. My fortress of ego's needs are the one place built to defy and withstand a general "hey, ultimately everything will be ok or end, so don't worry about it"-driven rationality.

Most alien races scorned humanity for their lack of psychic ability and reliance on perceiving the world through light and vibrations... until they participated in their first war. Turns out lining up straight light beams through sights lets you aim weapons at devastatingly long ranges.

So I spend some of my life correcting would-be pedants who say "it's not a tuba, it's a sousaphone". No, numskull, a sousaphone is a type of tuba, so don't get all organologistier than thou.
But judging by the program "musescore", the true name of a cello is the violoncello?? I am honestly a little surprised it never comes up... good on them!