In the 70s it was black and minority ethnic people, in the 80s it was gay people, trans people are just the latest to get it in the neck from comedians who can't be bothered to try at their jobs anymore. I *cannot* stand there and watch another dogshit comedian go: 'Ooohh if a woman can identify as a man, maybe I'll identify as a chair!' Why don't you identify as good comedians, you hack motherfuckers?!

A case for deregulation under Trump as the cause of the baby formula shortage.

Republicans think the unregulated market can solve its own problems when it has proven ridiculously unable to do so. Monopolies grow - the rich get richer is a general rule (and a large scale player can take localized losses to muscle out a regional competitor) and the resulting monocultures is incredibly vulnerable to changes in condition - as happened with baby food. Also, health and safety regulations don't exist for the fun of 'em, or to give agencies something to do - they exist because people died.

(That seems to be a whole thing on the right these days, not accepting that stopping some long term serious problems does entail some short term inconveniences? They just look locally and don't think of themselves as part of trends. Statistical innumeracy combined with unempathetic not giving a shit and general muleheadesness)

Look at a stone cutter hammering away at his rock, perhaps a hundred times without as much as a crack showing in it. Yet at the hundred-and-first blow it will split in two, and I know it was not the last blow that did it, but all that had gone before.

"In the same way that magic cannot be magic if it is perfectly understood, people can only be hot if they look a little weird."

"These things are related"

bees live beyond gender New optical illusion. Nothing is moving, but I definitely see the black space as expanding... like I can see the shadow dark as I watch. 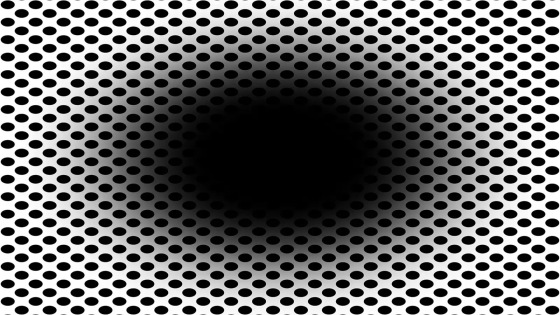 hot take: The Form Element was a mistake, one from which society may never recover