Here's an article from Season 1, about the "Brick Pit", the 3.3 million bricks available to contestants, and a little about how they are organized.

But I realized... for non-competitive builders, that's such a foreign experience? Like for 90% of builders, Lego is all about piece constraint, what can you build with what you have on hand - and unless you get really into organizing - which I did once after college, but then realized having to take a build apart back into its pieces is just annoying - it's all about what pieces you can FIND - the sense memory of clackity clack sound and feel of running your hands through a bin of your Lego bricks, hunting for a piece you know is in there somewhere...

I think every challenge, except one mini-challenge where they had to reconstruct a Lamborghini model from the same pieces after only seeing it briefly, offered that unlimited brick access. I would have loved a few more constrained challenges - "here are 3 popular kits. How fast can each team build them from the instructions? Ok, now... which team can build the most imaginative thing from those same parts?"

(And while we're at, why not kick it old school - the all square brick sculpting challenge?)

I mean this season had some interesting builds but everything was geared at spectacle - survive an earthquake plate, a 60 mph wind machine, build far out from a vertical wall as possible, etc, always going for grandiosity, with detail just brought in as "story" bonus points. (Also I wish they had more breakouts... like if the judge compliments a small bit of cleverness, have a sidebar that shows what pieces were used and how!)

One of the things I try to do: memorize the smallest, most mundane and ordinary, unprepossessing, and virtually invisible of physical moments: the look and feel of a certain wall at a certain time on a certain day. Those walls, those little shacks, those cats in the sun: all that is lacking in self-consciousness I seek to hold in vision, memory. (Simple composition, color tints, a wash of light, crumbled brick, cold shadow, stillness, rose-color dirt, a twitching whisker.) Not knowing why, but thinking I may want it later, I try to keep it and I never can. 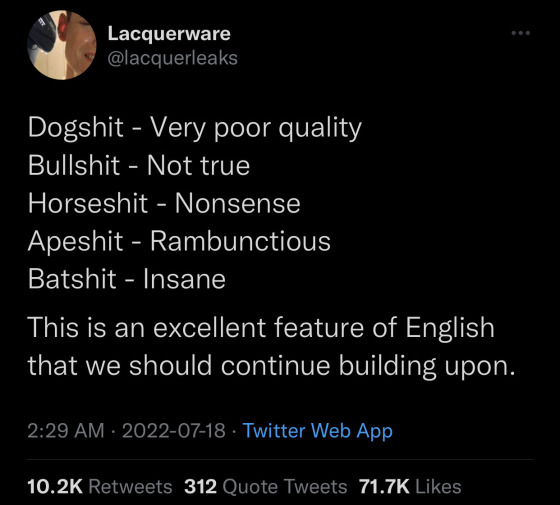