fellas of the mind

ramble
November 17, 2022
I am pretty sure that most people's minds are not monolithic; that there are different subparts. And that often these parts can have different personalities- even their own agenda about what they want, whether or not the higher aggregate self would agree that it's a good thing to have.

I think these parts tend to be more emotional and less rational than the whole. My current favorite metaphor is them as young students in a noisy classroom. My students are pretty well behaved though, and so I usually have an even keel, my precious equanimity intact.

What I'm not sure of if these parts are consistent; or as my friend Arun posed it, are they more like a (persistent) particle or a (transient, recurring) wave? And it's always felt like it might be important for me to be generous and accurate when thinking about my parts, lest I stir up resentment ... or horror of horrors, be confidently wrong at someone else's expense (in this case, the someone else actually being a part of me)

But now... I'm ready to name some of the more important player parts. Well, not name literally- that still feels a little too corny. But describe their role. (Except while writing this I stumbled onto the term "fella" for them which seems about as good as any.) I'd also be interested in hearing about other people's parts...

One easy to spot one is the eater fella, the one with the sweet tooth (but who digs savory too. And specific textures...) Any tasty food in proximity is cause for this fella to bring the issue to the attention of the whole (Luckily if the food is labeled as someone else's the fella is more behaved, so Melissa's food can be safe. And it's relatively easy for me to make wiser, calmer decisions when I'm at the store.)

Probably the penultimate most import fella is based on ego, and fixed mindset. I have a kind of devils bargain with him; he reassures me I'm worthy and reliable and even sometimes exceptional, but in return I don't push the boundaries of that... so in life, I'm an optimizer, I look to the good of the current situation and I don't take many big swings.

The ego and the eater have a weird alliance sometimes when I'm programming- any time I run into even the most trivial of stumbling blocks- uncertainty of even something like "this step might not show me off as an effortless genius"- and I'm up and looking for a little walk, quite possibly for a snack or even a cold drink.

But the ultimate most import fella- the one that might even be the teacher that has helped build such a generally tranquil classroom- is the need to be in harmony with the greater good, the objective truth, the consensus reality. This need, well internalized by the larger motley assortment of fella parts in the classroom, effectively stops my own preferences from snowballing into disruptive anger or fear or sadness that the world isn't what I want it to be.

I suspect this fella might have gotten a start or at least a huge boost when as a child I took in tales of eternal punishment for the wicked, for anyone too out of step with God's purpose. Though ironically this huge need to be an agent of whatever Truth was universal ended up being rough for my Evangelical Christian faith: Since other people are signposts for the truth (maybe not even signposts, but R+D and manufacturing infrastructure for the Truth - but that's a different story) and about the only reliable way of preventing self-deception, the number of other religions in the world just made it seem remarkably unlikely that one small set of special revelations were right and all the other special revelations were wrong. So now I don't put stock in anything that relies on special revelation.

Anyway. I invite you to think about if this model seems true to your experience, and if so who are the parts who end up making noise in your classroom... 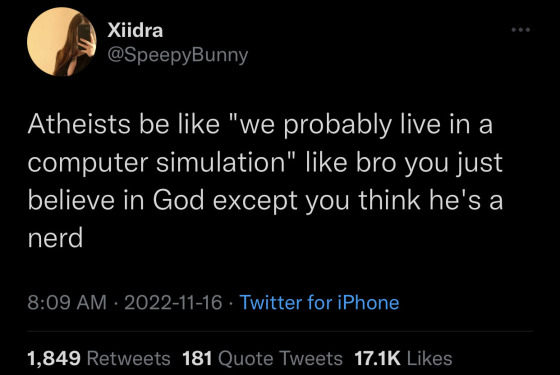