The overarching point is that Sam Simon deserves more credit than he gets, but authorship is more involved than who had what idea, who wrote what joke, and who drew which character. As a wise magazine editor once explained to me, 'idea is spelled with a small "i".'

Cool Star Wars theory of the week: Rey is a Palpatine. Be sure to check the link for exploring the John Williams element. Feeling crafty...making some polka dot wear for School of HONK's trip to Austin... 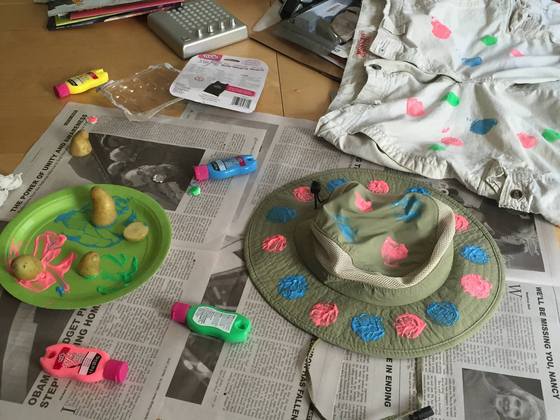 craft
Ugh, 1AM and the building is thrumming with the bass sounds of the paving equipment on Mass Ave outside. (For a while they were incorporated into my dreams as the background engine noise in a "Bioshock Infinite"-esque floating city fantasia, but no longer.)

My tax dollars at work!

But if you're like me and find yourself making really slow progress, with your Toss and Donate piles growing slowly, if at all, you might have a bigger problem. Obviously you don't want to self-diagnose a psychological condition like hoarding just because you read a column on a comedy website. You'd need some kind of quiz for that.

Keeping up with PVC frame craftiness, I designed a stand for a foam-board pinned poster to place on my table as I launch the physical version of my comic at Massachusetts Independent Comics Expo 2015. All the joints and enough pipe for me to make a mistake or three was less than $10. 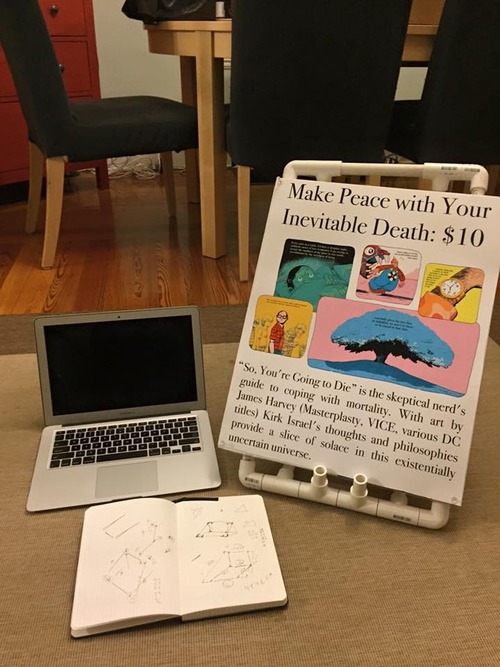 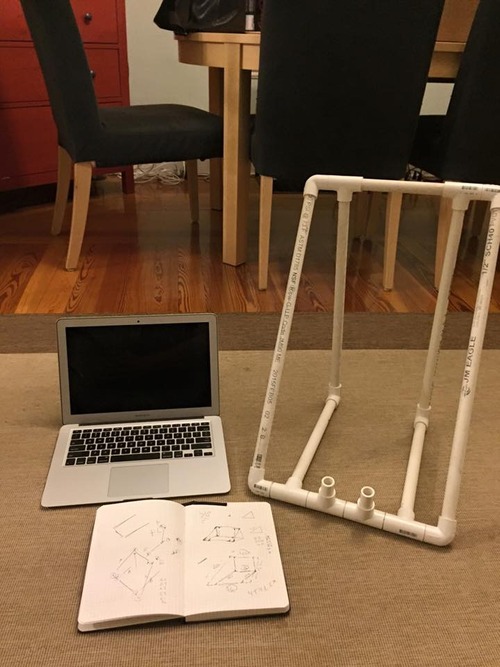