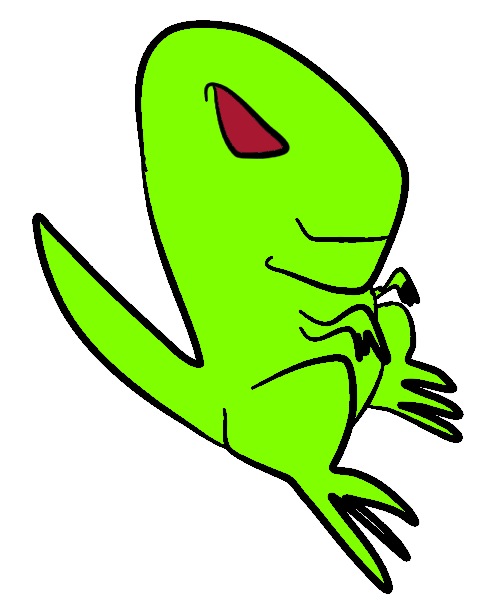 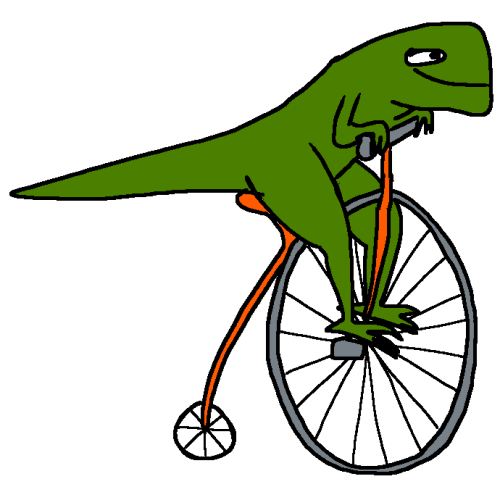 It's Draw A Dinosaur Day!
This is my velocipediraptor.
Now go draw a dinosaur and post it on the site!
http://t.co/sEXifOs9 - Amber's always observant of developers being off by a factor of 2 or 3 in their time estimates, this detailed "software as a long hike" metaphor nails some of why that is.

sir, i believe we built this city on rock and roll- what do you mean it has basically no infrastructure?! what happened to the crazy train?!

Ever since I saw a photo w/ a student wiring up "a cube of 4,096 individual LEDs" in The Tech I wanna know more about MIT's Bad Idea Weekend -- http://bad-ideas.mit.edu/ is still too lite in information. BTW where did Google Calendar settings go? Now when I click on the gear all I see is changing the damn look and feel. #googlefail That the Lumières Brothers had that name and went on to be major pioneers in inventing the moving picture camera is beautiful.

from draw a dinosaur day! 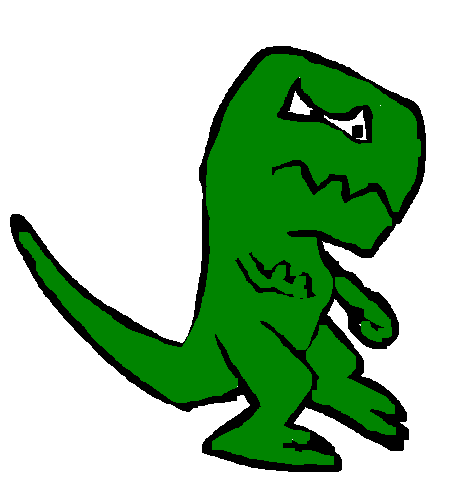 Miller points out that it's Draw A Dinosaur Day!
This was mine, you should browse the gallery and send one in!
Doing Global Game Jam @ Northeastern University. It's... going ok. Worried our game is a little humdrum but PPhys2D great for future 'wrecks