dream
For the longes time I had a Sticky note on my Mac desktop "enterprise volltron - dream of".... I guess it would look something like this: 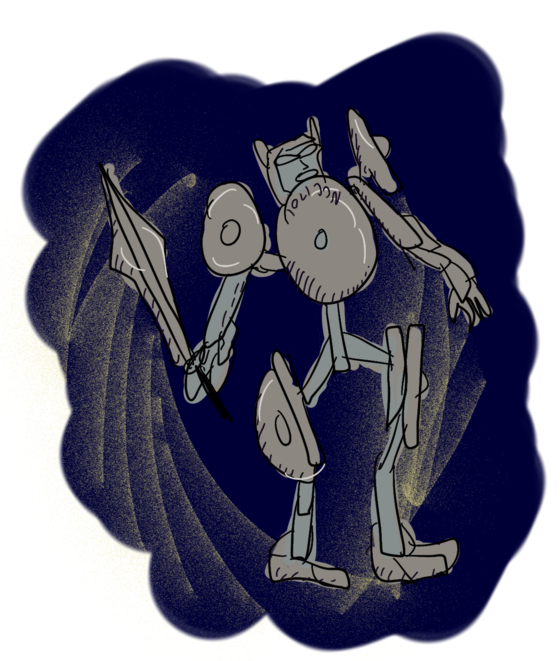 Don't "Help" by stacking plates at restaurants I sort of hate when people rip on Beats headphones assuming it's just a branding thing, and also that you can truly tell the quality of headphones by pure audio fidelity.

Bass is emotionally resonate, so a pair of headphones that emphasizes that may well be better for many people: see Pump up the music -- especially the bass -- to make you feel powerful and Here's Why People Love Deep Bass Sounds In Music

Of course, I think modern Beats headphones aren't as over the top in bass as the first few years of 'em.

Then again, I am a tuba player, so take it with a grain of salt.

dream
For reasons that aren't quite clear to me now, I've had a desktop post-it saying 'Kirk "Sweet Life" Israel from a dream in april 2006'. I'm not sure if I wanted to tell people about that as a nickname, or what, but here is the dream as then transcribed, so I can at least put the post-it to rest:

I had an odd dream last night. Dizzy Gillespie was giving some kind of concert playing multiple pianos at once, big stride piano stuff. (yes I know that wasn't his primary instrument.) Something happened to him and he wasn't able to finish, so they did some kind of operation to me that copied his skillset so I was able to take over the show... finishing up Bach's Toccata and Fugue in D minor he had started (don't know what happened to the stride piano stuff) in front of an audience on these multiple pianos, but they were specially rigged so that they had some organ keys as well. It was very athletic, moving from piano to piano, and my general memory of the piece helped keep things moving as I read the sheet music, though my ability to play piano like that was new from the operation.

Afterwards there was an audience Q+A though most people were hoping to have asked a Dizzy a question, not me.

Finally some guy was encouraging me to take a middle nickname for myself. He explained that back in the day, talented performers would take a name that implied their ability to put themselves on easy street, though recently the practice had fallen out of vogue because people didn't want to tempt fate that way. So I chose the name Kirk "Sweet Life" Israel.

dreamhistory
A restless night for me last night, but my dad made a cameo in one of my dreams.

He was standing in a pavilion near a ferris-wheel type ride I had just been on. The dream was half-lucid; I remember kind of arguing with the narrator of dream, trying to mentally persuade the dream powers-that-be to let this scene linger; it felt like it had been a long while since I had seen him.

I went up to him to drink him in visually as much as I could. He had some sort of obscure gadget in front of his face (some of my coworkers are into Google Glass, maybe it was dreamworld parody of that.) I looked at his face closely; his eyes were a little blood shot. He didn't have much to say but I told him again and again how much I miss him, and then those dream powers-that-be had their say and the scene was finished.

The world has changed a lot since the late 1980s, and so have I, and I wish he was around to interact with both. Map of Europe Showing Literal Chinese Translations for Country Names...

from it was a class on romance


"Remember that class you tried to hold last semester, out of your dorm room?"
"Err, not really."
"It was a class on romance..."
"Oh, that one."
"...that mostly consisted of 45 minutes of you fiddling with the VCR, trying to find the right part of the tape, giving helpful advice like 'if you're watching videos on a date I guess you should try not to do this, then'."
"Right."
"And then there was something about how sometimes it was romantic to casually slip a hand in someones front jeans pocket."
"Uh-huh."
"Or vice-versa, you said."
"Right."
"But then you suggested 'but not to the extent that you acquire a nickname like 'itchyballs'.'"
"Thanks for remembering."
"My pleasure."

--Jen (an old girlfriend) and I, in a dream I had this morning that made me giggle out loud. Paraphrased a bit, I tried to punch it up so you could see what I was giggling about.

Geek Link of the Moment
Possibly about to be slashdotted to heck, the images of putting a model of the Enterprise through a "atmospheric re-entry simulator" are hard core geek cool.

Geekier Link of the Moment
A Russian site looks at toilets as portrayed in video games. Many different video games. Strange world we live in. Would it make more sense in Russian?

News of the Moment
Looks like theres news of another earthbound solar flare. That final line ("Space weather forecasters say this spate of strong solar flares unusual because it is not following normal patterns of solar behavior. The sun follows an 11-year cycle of activity, with the last peak being around 2000") gives me a bad feeling.