Nostalgia of the Moment 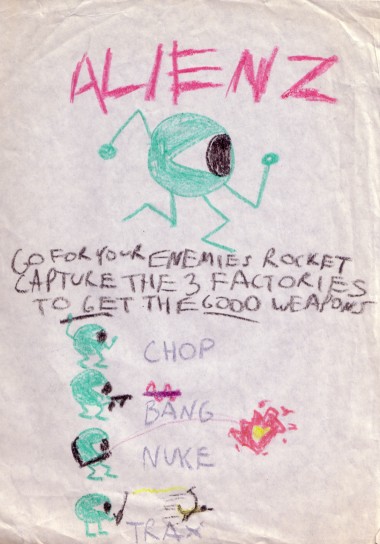 --Promotional Page for a video game I never made in high school or so. The basic idea was Archon, also it was probably inspired by this one Archon clone called "Front Line" from Compute's Gazette.

I suspect this postdates me using Alien Bill as a signature character but I'm not 100% sure.