travel
(3 comments)
September 22, 2006
So I bid a fond farewell to Seattle. I think my consulting role went well, though I had to put in some brutally late nights, and it was one of those things that never feels perfectly resolved.

Got a chance to wander the city a bit more on my last evening there.

I even found a very fun little arcade at the lakefront. I think the arcade games were set at their easier settings for the most part, which I appreciated. I played Star Wars Tilogy Arcade, destroyed the Deathstar which is always enjoyable. I also played ticket games, I usually don't go for that but they had this one mallet game, sort of a virtual Whack-A-Mole but with a real mallet on a big screen.

So see ya, Seattle... I'll miss you, and how you have the Daily Show on at a decent hour. Plus my hotel had the NFL Channell... man, as much as I enjoy following the Patriots and gaving a game on in the background, 24/7 football coverage is kind of creepy. 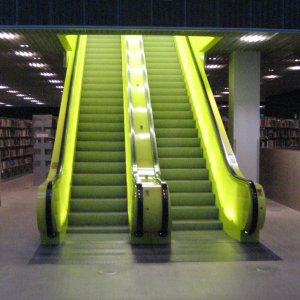 LAN3 showed me the inside of the Seattle Public Library. It's oddball on the inside as well! 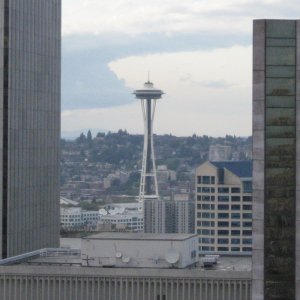 Space Needle, as seen from my hotel... 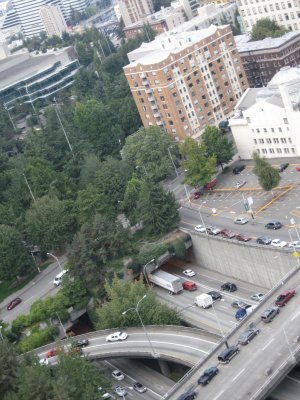 It really looks like the rain forest is trying to reclaim the city... there's some beauttiful greenery, a bit like, say, Vermont but more... moist. 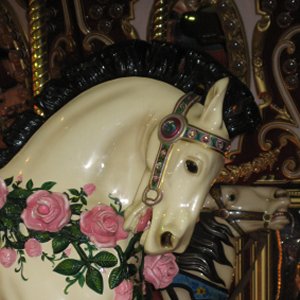 The arcade had a carousel! 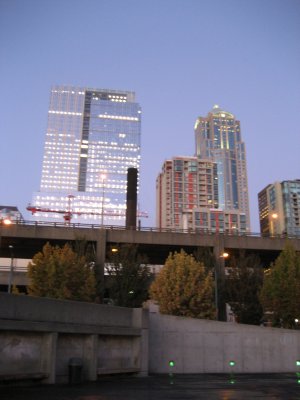 The city from the pier... more rainforest takeover. 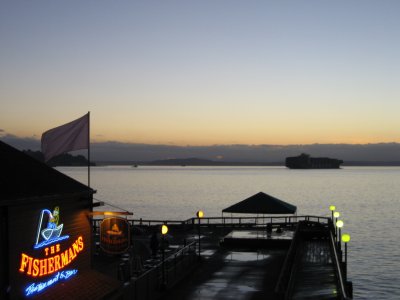 And a final view, yet another boat sailing off into the distance.


Fortune of the Moment
"You may find if you relax that you dream a thousand new paths and awake to walk your old one."
--Excerpt from the card I got from the Arcade's mechanical fortune teller. It was a lot better than the one from the mechanical Elvis at the Pike Place magic show that started "You are nature's stepchild. You enjoy nature and thrive when you spend time outdoors." Damn, Mechanical Elvis just doesn't know me at all, does he...