a dead whale or a stove boat! or, um, neither.

photos
September 25, 2006
Ksenia's friend Alla is in town, and we decided to go on a Whale Watch cruise and hit the aquarium... 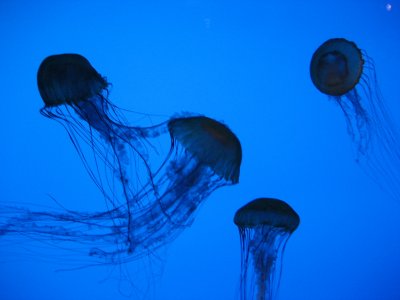 There's a new-ish exhibit on jellyfish at the Aquarium... there's a strong eco message there ("as we screw the oceans and fish die, jellyfish take over") but it's a bit undercut by how prettily the damn things are presented, Ksenia took this one. 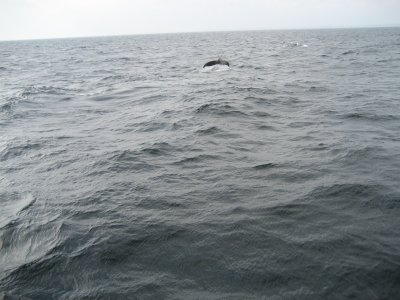 I was going to say this was a "typical" whale watching photo, but then I realized it actually has a bit of whale in it, so that actually puts it in the "better than average" category. 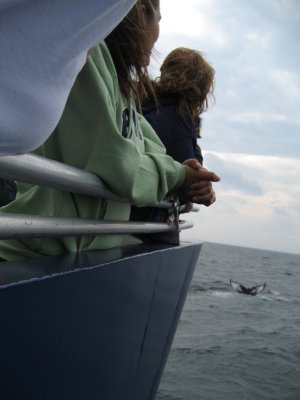 Probably my favorite whale photo of the day. A whale breached once, but I mostly just saw the splash. 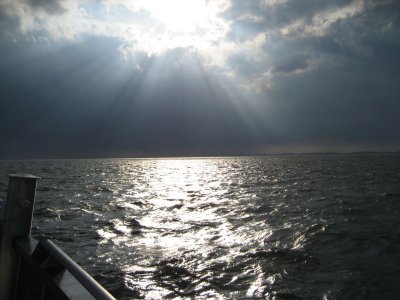 The weather was doing some interesting stuff on the ride back.


Link of the Moment
Via Bill the Splut, it's Bad Congressional Hair.


The Bay Area is the cradle of the computer and software industry, which continues to create jobs for our children. The iPod was not developed by Baptists in Waco. There may be a reason for this. Creative people thrive in a climate of openness and tolerance, since some great ideas start out sounding ridiculous.

He's discussing the Republicans rush fearmongering about Nancy Pelosi "a woman from SAN FRANCISCO" as Speaker of the House, which he feels is an irritating viewpoint, especially from a party that seems to have lost its ideas of fiscal responsibility and general simple conservatism.

The idea of the association between high intellectual and economic activity in a region and a thriving gay population harkens back to that one study I kisrael'd a while back.