it run on love (backlog flush #72 and travelog)


Started by walking with Josh to take his daughter Erin to kindergarten. 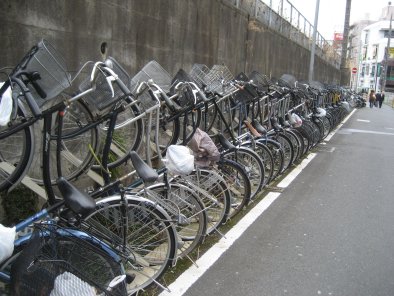 Then we headed into Tokyo, the Ginza and Asakusa areas. The area is known for its kitchen and food supply stores, and we seemed to go through an area with lots of Buddhist-ware. I liked this little guy next to the sidewalk selling custom stamps; people's official seals, their names in Kanji symbols. 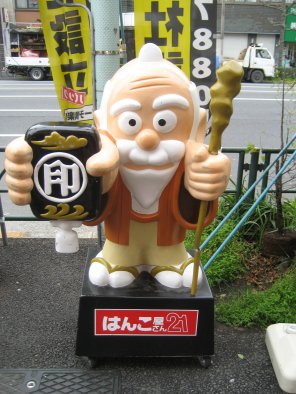 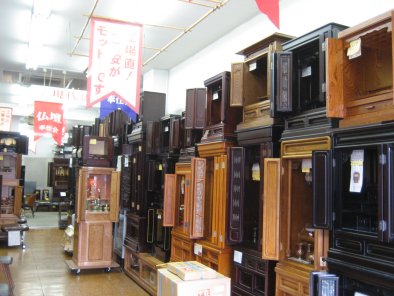 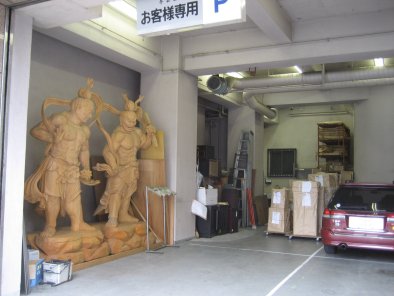 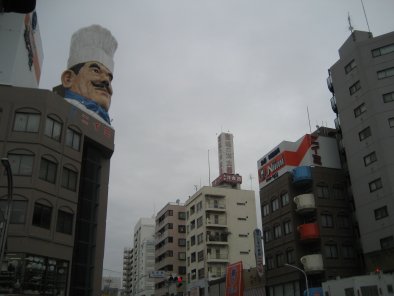 We stopped at a place called MOS Burger. (Josh says it stands for Mountain Ocean Sea, and back in the day it used to be blatantly a McDondalds clone. But it was pretty distinct, and tasty. Served notably hot. But again, I'm weirdly amused by the way the table thingy had a picture of a cow. Americans are so shy of thinking about the animals that they eat! 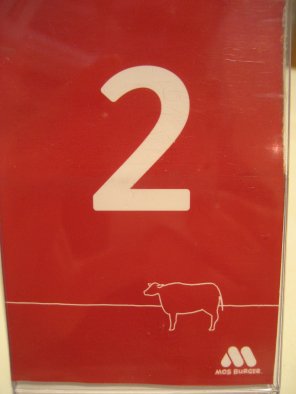 The Tokyo Honganji, HQ of the Hifashi Hongunji sect. Some kind of lecture was going on. 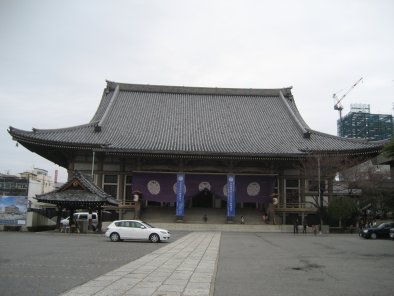 The row of vendors heading up to Sensoji Temple, one of the biggest attractions of Tokyo. 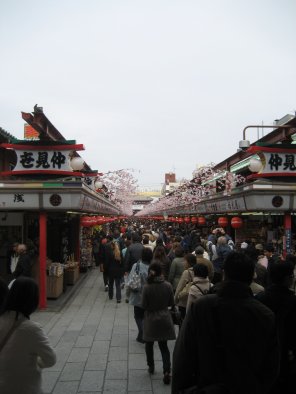 A pagoda behind the latterns. 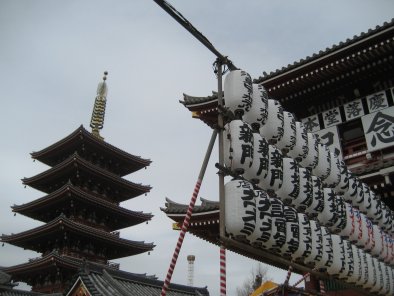 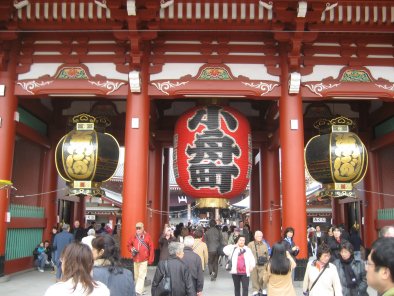 This vendor was makin' some intriguing seafood products, somewhat resembling the calamari I had the day before, but we settled for chocolate bananas. 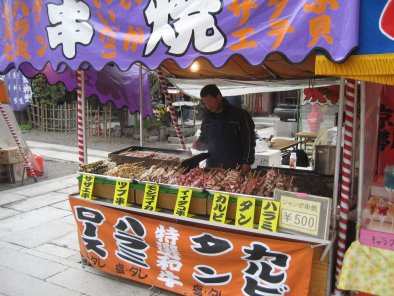 Another cook in the vendor's row. 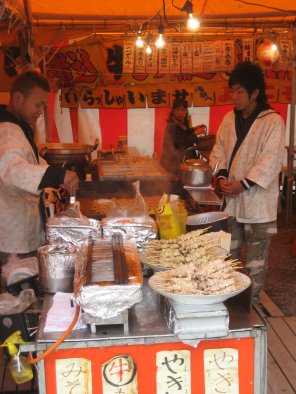 I liked this lone Buddha off to the side, a bit apart from all the action. 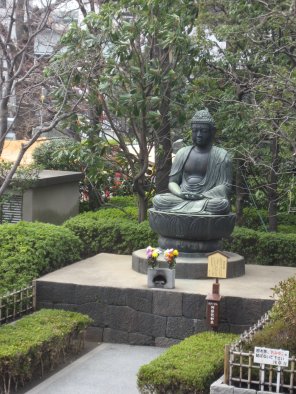 Looking down the other way, towards the crowds. 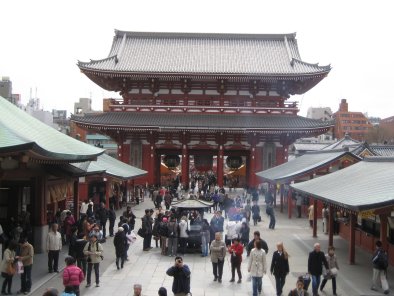 Josh pointed this out as a nice example of old style Japanese architecture, repurposed as a storefront. 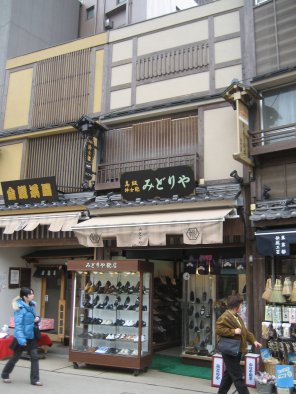 We decided to check out some Kabuki! This is Kabuki-Za, one of the main theaters. We got 1000 yen (~$10) seats in the nosebleeds. It was pretty cool, but I was grateful for the English live audio track. 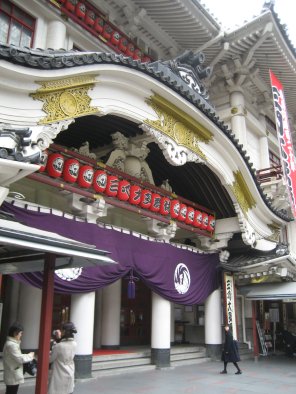 Post for the Kabuki theaters - some big names! No photos inside, sadly. 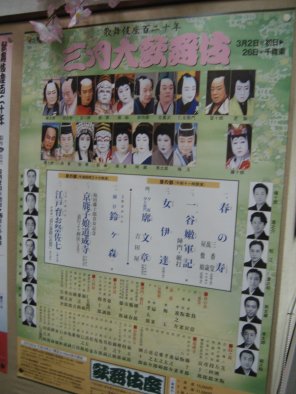 It Came From The Vending Machine -- odd diet coke can/bottle. 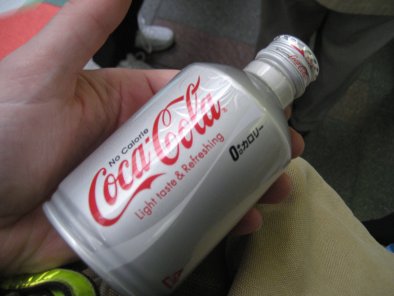 Josh says this used to be a high end Italian restaurant. 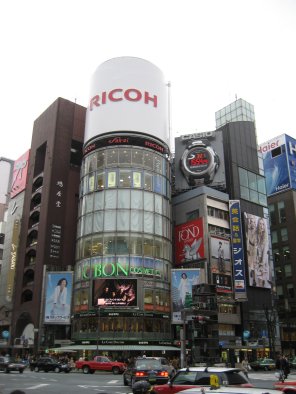 Side of a Hello Kitty Bus. 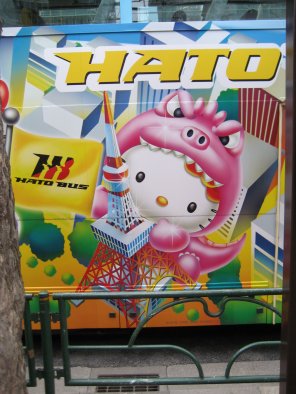 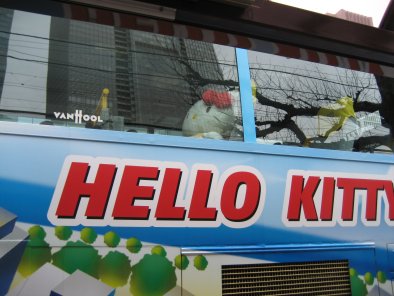 So that was it for the day. We came home and then got a giant platter of sushi, take-out, nice way to end a Friday. So I thought I'd shoe you Josh and Tomomi's bathroom. They live along with their daughter Erin in a small apartment in Shin-Matsudo. It's cozy for three, and they have to live fairly precisely, but it seems to work pretty well.

First stop: a bit of a prefab medicine cabinet... not too exciting, but I admire that it has built in lights, and the toothbrush holder actually seems big enough to, you know, hold modern toothbrushes, which is something I don't see a lot of in America. 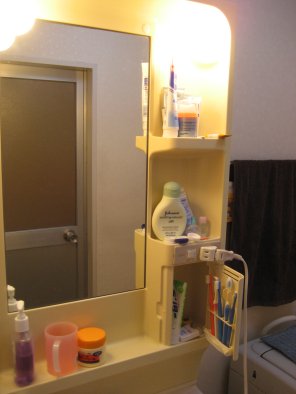 The tub is short but gratifyingly deep. Plus, though the shot doesn't show it, the whole room is a shower! You can see a run for drainage on the floor. It took me a while to get used to it being ok that all the water wasn't going into the tub... 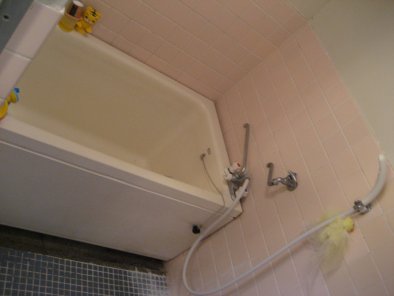 Plus, digital water temperature setting. BRILLIANT! Even better than my German friends'. 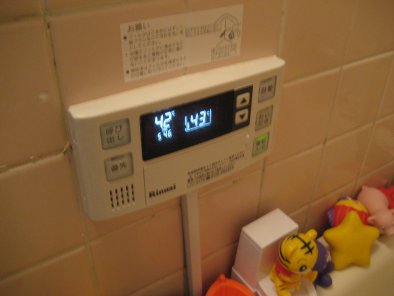 Finally, the toilet. No Washlet (the infamous gadget that shoots water up your bum), but a very clever design with a small sink for cleaning your hands, using the water heading in to refill the tank. 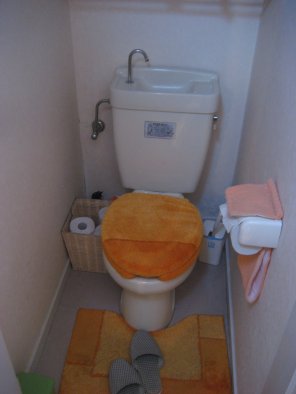