This got the two of us and MrsEB wondering about a restaurant that featured dishes named after emotional states: Complacent Potatoes, Smug Steak, Serious Sprouts. MrsEB thought it should be Curious Cupcakes, though I thought it would be a better name for Curry, and of course the inevitable "Bi-Curry-Us" was thought of by both me and EB ("Curry Us" wouldn't be a bad name for a curry shop actually.)

So we came up with more, Angry Lobster, Angsty Noodles, etc etc.

Anyone else got some ideas?

UPDATE: here's the view on the street outside my building. 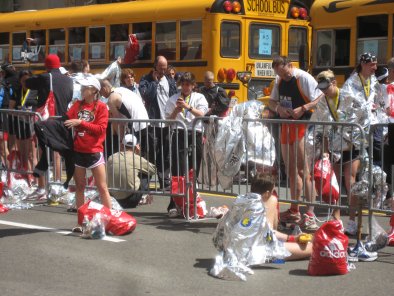 I love the foil wrappers those guys wear, it's so future-y. Or cheap-burger-joint-y

I was reminded that today was going to be the Marathon last Friday when I went to the Boston Public Library to return a book and had to duck under scaffolding to get inside. I also saw this beast of a machine, which is kind of an unusual thing to see in the middle of a busy street: 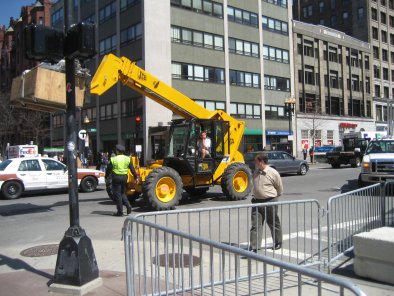 So, I commute every day to Park Street, and a few times I've seen tourists facing me and snapping this photo as I emerge from the underground, which I have to admit is a pretty good photo-op: 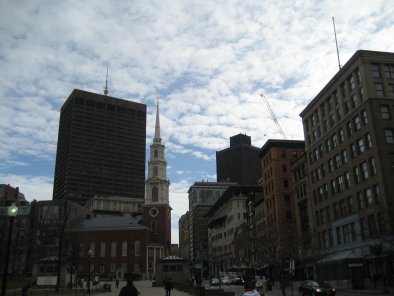 Also near Park Street station is this statue commemorating "Industry": 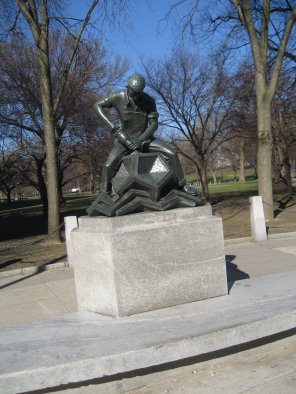 I don't know much about riveting technique, but I'm pretty sure his crotch-centric style is not OSHA approved.


Quote of the Moment


There's only one way to have a happy marriage and as soon as I learn what it is I'll get married again.