(1 comment)
April 23, 2008
Today I had a revelation. I was talking with Jeremy, the guy who works in the print shop in my office building, and I realized once upon a time I kind of gave a damn that Captain Kirk had a son. (And according to the novel only, he was doin' it with the vulcan Lt. Saavik) Guess that sort of gets overshadowed by the whole "Death of Spock" in those movies, the fun with the time travel and Whales in 4 (or maybe the heaps of junk that came later in the movie series...)

Photos of the Moment
Today's Topic: Fakery in the Marketplace! 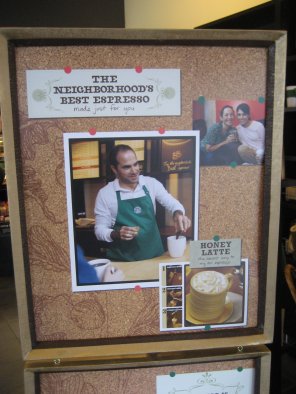 So, this looks like a bit of corkboard you might see at your local coffee joint, but no, it's a premade poster. I think this is kind of an insult to both the customers (look, we know you're kind of corporate, and we're ok with that) and staff (what, they can't be trusted to assemble something like this themselves?)

Annoying clever guerilla marketing, some allergy product or whatever with advertising that looks just like a local xeroxed Missing Pet poster. 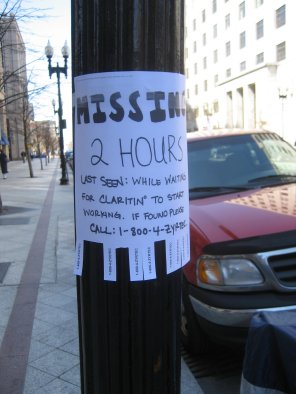 I find some small cold comfort in them having to put a copyright symnbol or something after the word "Claritin". 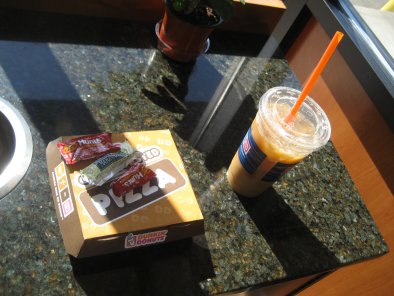 DD's has some passable mini-pizza things. (Not to mention a deal (where you get a free small iced coffee after 11AM following a Red Sox victory) that I find irritatingly tempting.) This is the "Surpreme". It has enough tasty forms of grease and tomato on it that I don't quite get the need to include mayo and two packs of ketchup along with it.


Link of the Moment
So, returning to the Sci-Fi theme, the Sci-Fi Movie Bad Physics report card. Of course I'm still geek enough to know the counter-arguments, like Star Wars "lasers" aren't really lasers, but have some kind of physical element as well.