It ain't just like, the cocoa, 'cause I've been digging on Lindt's White Chocolate for a while now, and to the purist, that ain't even chocolate.

It's not just sweetness, 'cause hard candy doesn't come close to scratching that itch.

Texture? I dunno. For a while I thought it was, like, chewiness, but fruit gummies ain't it either.

My current favorite theory is that it's the creaminess, the texture and fatty-sweet mouth feel. Which would explain why I've been able to drop the sugar from my iced coffee as of late, but need the milk. Also, "creaminess" is what I really dig in a white wine -- some chardonnays have that. (It doesn't quite explain why creamy hard candies like Werthers don't hit it either, but maybe it's a combination of creamy but yielding.)

Reading of the Moment
So I finished Moraini's "Meeting with Japan" -- turns out I misspoke earlier, he was an Italian, not an American, visiting Japan 15 years after being held as a prisoner there along with his family during WW2. Very good read, though, a very thoughtful gift from EB.

Interesting quote from it, on Japan's response to Christianity:

If the Christian doctrine is so important, so runs the Asian argument, how did it come about that our ancestors were deprived of it? On the other hand, if our ancestors saw things rightly, can this new teaching really be so important?

(This came up in a discussion I'm involved in on a small political-ish website.) It's a good question, and one that needs to be answered by anyone who holds a specific Deist belief that claims it has the unique claim on truth. (People who will at least give lip service to a "many paths" interpretation are excused.)

Another thing I was tempted to quote here was his quoting the nine types of Chinese Dragon, and their use, but you can see it here in this Google Book excerpt

Random Photos of the Moment

This is a Harvard School of Public Health building. The wall has such an odd texture, as if it was a drop cloth with square bits sticking out behind it... 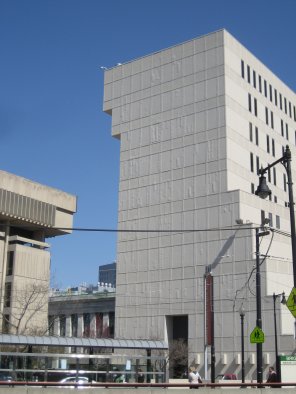 Kate admires this scooter, the Piaggio MP3 (presumably no relation to the music file format.) 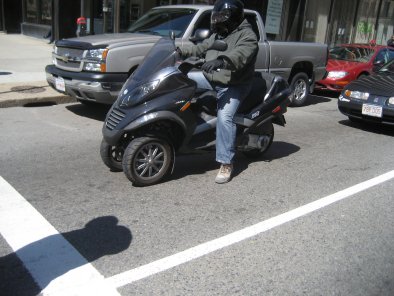 Artsy light on a Mass Ave bank in Arlington: 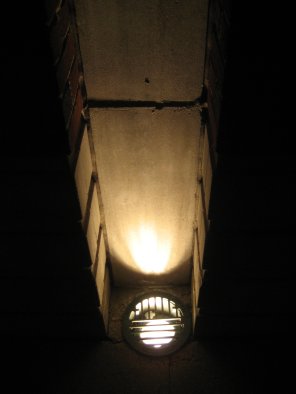 Finally, pseudo-gothic shadow on Wigglesworth St, where I'll be moving in a few months. 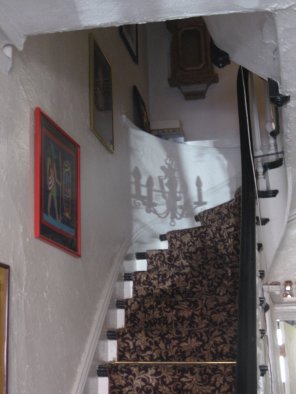