April 27, 2008
I got bored waiting in EvilB's car while he went in various door stores to check out prices etc; but I guess it beat just milling around in those stores, 'cause I could goof off with my iPhone (...since of course, the one time you decide "nah, don't need a book") I started reading up my old Palm-based KHftCEA journal. From spring 1997 to the dawn of this site in early 2001, it was my ever-present notebook for ideas I had and quotes I encountered.

This isn't the first time I've mused on some of the nuance I lost when I decided the KHftCEA was largely redundant, a kind of casual spontaneity, and even though I started letting people (EB first, come to think of it) read it, and finally posted it, it was less censored and audience-aware than this site. I also seemed to produce more microfiction and goofy verse.

Of course, if I were to start it up again, that would be THREE daily or semi-daily journal activities, which is a bit much even by my high standards of self-absorption. I think I'll start keeping it on my iPhone and than emailing content to myself for inclusion in either my public or private journal.

Photos of the Moment
Saturated photo from my iPhone of a great big rock by the Home Depot parking lot: 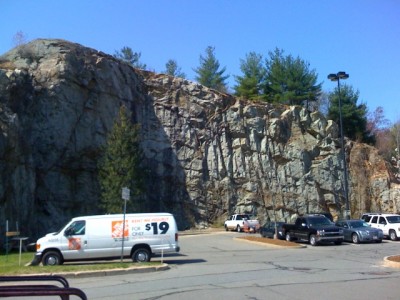 Blossoming tree near the church next door. The way it is kind of spotlit made me have higher hopes for the photo: 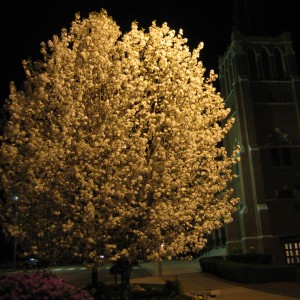 He just described the software development industry to a T.