yet another boston sports victory parade

View from my office. I like blimps and the way they just hang in the air. 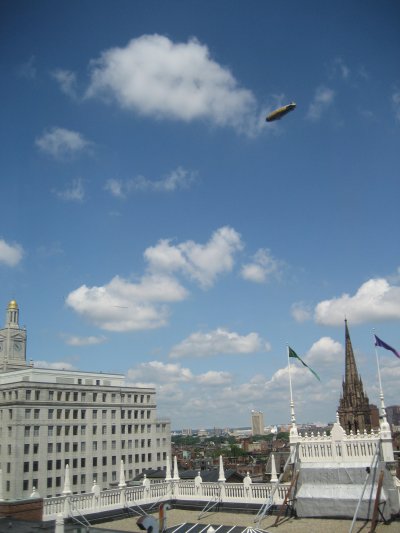 (It's one of my silly hopes to someday ride one.)

Later the scrolling billboard on the blimp made me realize that, by itself, the bottom half of the Celtics shamrock looks a little funny:

Big crowds! Admittedly I'm just posting this 'cause I liked this guy's Celtic yarmulke, the easy mix of the sacred and ephemeral: 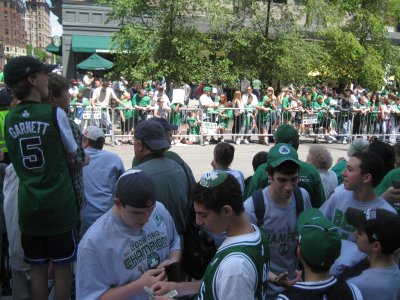 (At one point I dropped my camera and it broke, so these are taken with my iPhone.) There was much confetti: 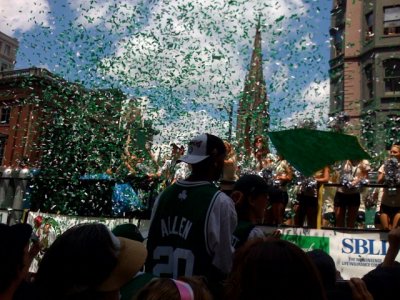 I kind of like the saturated look of the iPhone photos. So celebrate good times! 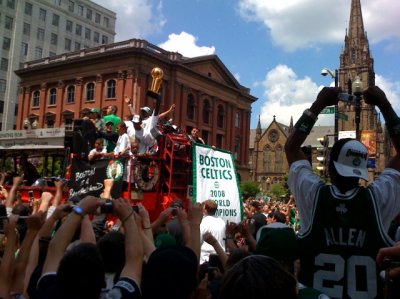 
Laughter and tears are both responses to frustration and exhaustion. I myself prefer to laugh, since there is less cleaning up to do afterward.

A popular theme of bathroom decoration is- bathrooms?? Kind of like halloween costumes with the character's head emblazoned on the chest. hey you know who won the NBA championship? THE CELTICS and why did they? 'CAUSE BOSTON -AND MAYBE ME PERSONALLY- IS AWESOME