Both my credit card company and my bank have decided to send me new cards. Neither for any reason that has much to do with me, like an expiration date or other problem, just because. And here are those two cards: 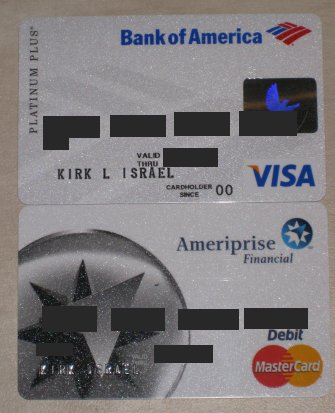 Man, I was using the wrong card at the wrong time when one was blue and the other tan, now that it's all a world of sparkly beige, I'm hosed. ("Plus th'both of 'em got squares fer numbers! Hyuck!") 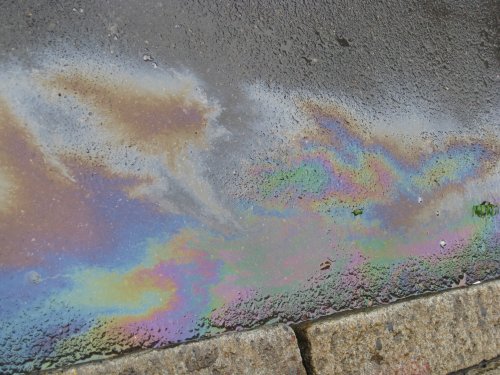 Actually, it wasn't that much better at that.


Oh I see how it is, so chicks dig scars when they are caused by motorcycle accidents, but my circumcision is somehow less impressive?

on the T right now I am flanked by guys fiddling with iPhones. so I of course had to break mine out and twitter it. pentomino mostly I was just enjoying giggling at being such a tool, but I'll park my scion by other scions. I like to think they like it. Comcast sucks at dealing with people moving out. Oh wait--I could've stopped at "Comcast sucks". Complentary colors, harmonic chords; the appeal of both explained by Hawkin's neocortex idea, just rhythms that nestle in juxtaposition? Bargain or weird milestone? Prudential's Talbot's is closing with 75% off and I just voluntarily bought a sweater for the first time ever.