After the game at Fenway: 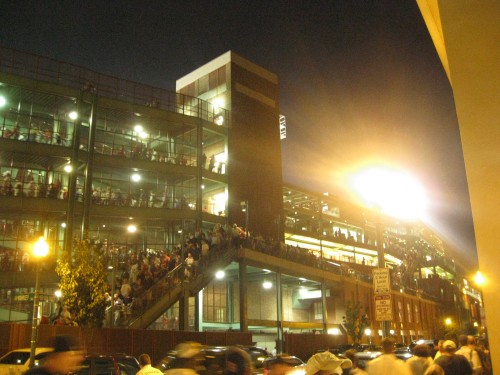 OK, not as amusing as I would think, a rather lame "sign correcting FAIL". (An "at" would have done much better than the "the" that they used): 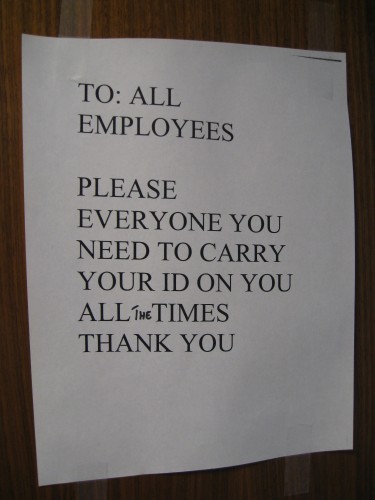 It turns out that the ultimate goal of my floor's lobby revamp was "iPod-esque", using the same 2 layer white-beneath-clear look. Kind of sci-fi, though still seeing the plywood beneath kind of detracts from the effect. I do like that instead of directional arrows indicating the direction for the elevator car they just have one of two featureless circles lighting up 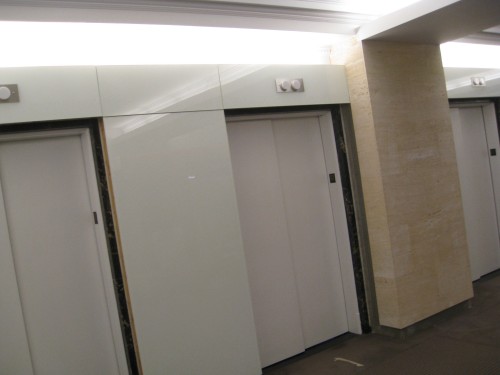 Finally, Saturday I got to go to a neat roofdeck party... quite the view, wish I had a wind-angle lens to get the statehouse dome as well as the city... 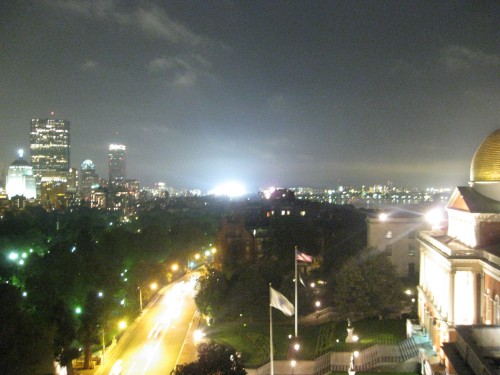 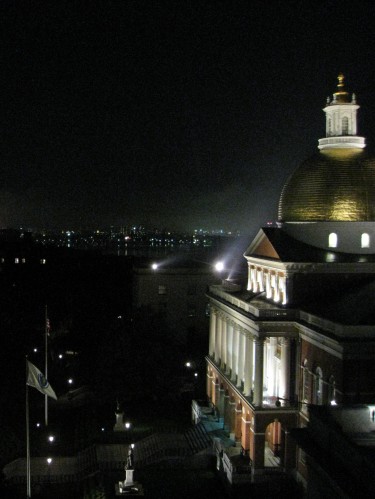 Using stress of Wall Street Splodin' to excuse blowing off my ToDo list utterly. Damn, Eagles/Cowboys is some good high scoring football. (I use 'having been in marching band' as an excuse for putting football games on. Fewer drumlines than then, but more couch and less tuba.) Career Idea: Odor Detective. Someone with a good nose and/or directional-sensing hardware to track down the most mysterious smells... cmgaglione fair enough; but just to get you to roll your eyes, check out the Minsky quote at http://kisrael.com/2001/06/23/ TJ's ginger chews, (hansen's awesome) ginger ale, ginger with sushi... ginger ginger ginger!! My aunt digs the slots-- she got a PC sim of one. Very amused to see she'll let it play itself... "hey I'm a gambler who gets bored easily."