Here is a lovely portrait by masukomi entitled Kirk is one Bad A$$ MoFo. 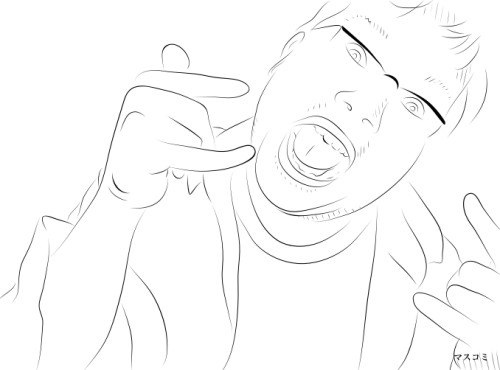 Kevin F and Ilari collaborated on this tower, much more impressive than the stuff I had made from the same grabbag of parts... 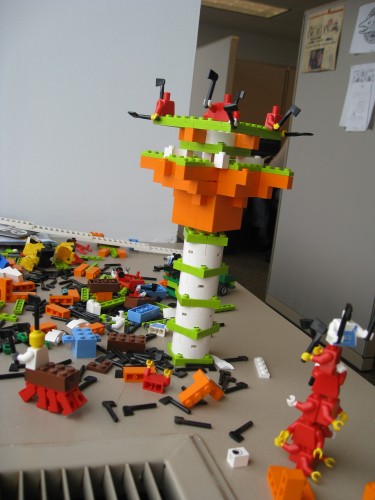 It's cool because the top spins and it's a great use of the odd shaped bricks I got en masse -- 1x3s aren't the easiest to make big stuff out of! Also, axes!

Finally, this cartoon lightly mocking the name of my street: 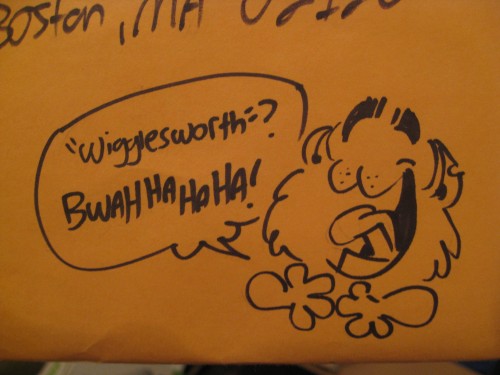 I believe that might be an original work by Jason Yungbluth, whose terrifically awesome Weapon Brown was lurking in the envelope. Weapon Brown is this marvelously grotesque "Mad Max on Meth" retelling of most of the Peanuts Gang... sexually deviant and violent as anything, and really a lot of fun.
In retrospect it is just possible that posting an image of me, a thing by my officemates out of my bricks, and a cartoon about my street is probably not making such big head way in losing the Kirk-centric nature of my website... Jokes that were probably old 10 years ago: Tori Amos sings that she Crucifies Herself. Quite a trick, tough once you get the first arm up. EB fixing door a worker broke:"can't blame a stupid person when they're stupid; and they do dangerous stuff for small pay" "They get paid?"