the image of january 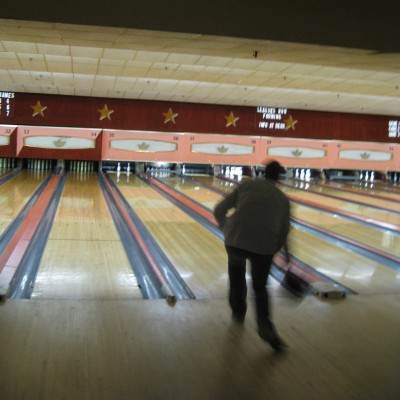 JZ is now getting into bowling. He actually bought his own ball. Here he is bowling it for only the second time ever. His ball has not one but two brands on it, "Hammer" ('cause it's heavy) and "Venom" ('cause it has 'bite', i.e. will curve on down the lane, or something.) That's pretty macho! Also, a nasty split there. 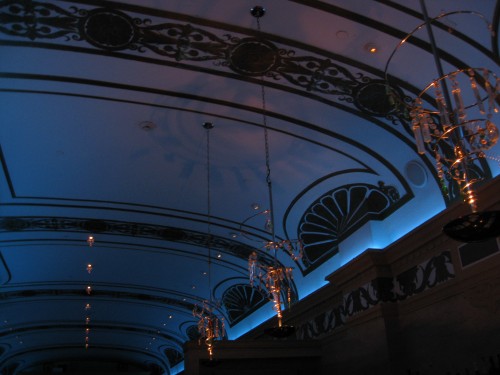 Had a drink with cmg at Teatro near Boston Common. It has the loveliest light on the ceiling... 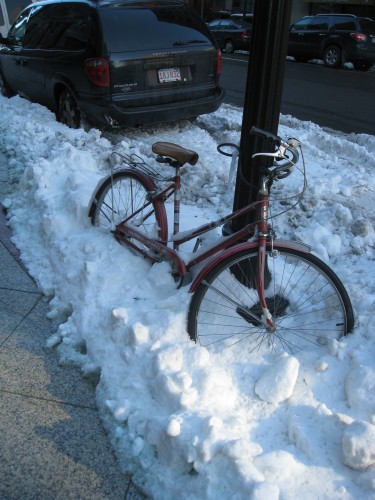 For me, this is a very good visual metaphor for winter. 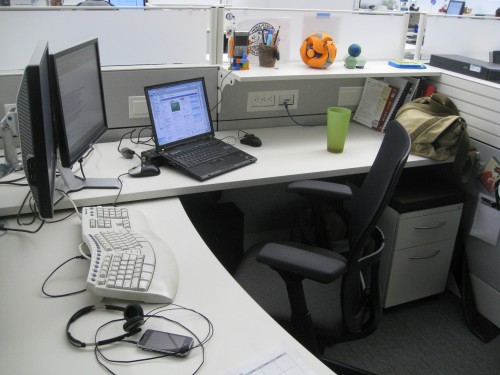 I'm kind of proud that this as cluttered as my desk gets at work these days. I was trying to figure out how to get the same minimalist vibe at home. I'm afraid the secret is "get rid of stuff!" but it's really tough to muster up the gumption to get that done.
KHAAAAAAAAN! ... Khan? ...khan. Big Comedy from the accidental (but benign) "Reply to All", the "I think I got this accidentally", the "Please stop cc'ing all", the "OK"... Today I got two "help wanted" type emails for techies, though that reminds me that before the holidays, there was more of a steady stream. New Yorker article on the "Eureka" effect. Feynman like to ponder at topless bars?? Twitter helps me capture my own transient thoughts--FWIW

Concentration, it seems, comes with the hidden cost of diminished creativity.