For Easter/Passover/Whatever frickin' Pagan spring thing it is, Rebekah and Kate organized a makening of tasty homemade sweets.

First up: Chocopuff/Ricekrispie Treat Eggs, modeled by Kate and Miller: 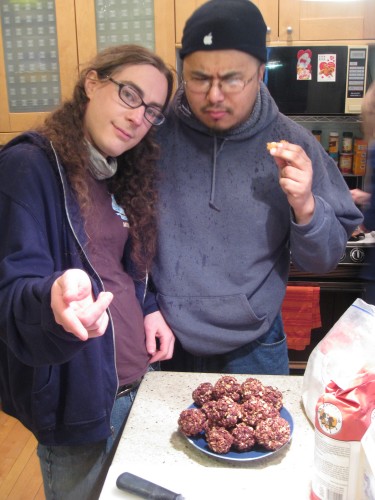 Due to misjudging the ratio of cereal to delicious chocolate mortar (too much of the former) these were not widely considered a success. No one else liked them so I took them home. Two in a big mug of milk made a good breakfast! ("Good" in the Calvin and Hobbes "Chocolate Frosted Crunchy Sugar Bombs" sense - "tasty, lip-smacking, crunchy-on-the-outside, chewy-on-the-inside, and they don't have a single natural ingredient or essential vitamin to get in the way of that rich, fudgy taste.")

But then, the main event: HOMEMADE PEEPS.

You whip up homemade marshmallow mixture which is gelatin and water and sugar. Here is my Cinéma Vérité study in it:

This substance has almost magical properties:

(Hey did you know Marshmallow is a plant and not just a made-up one like a "gumdrop tree"? Kate did)

Finally, you get a piping bag (before Friday I did not know what a piping bag was) or just a ziplock-with-a-corner-off and squeeze out a Peep!

The trick is getting the shape to be more "peep" and less "poop".

At first, they look like little peep angels, no eyes or color, just their little marshmallow souls on a tray: 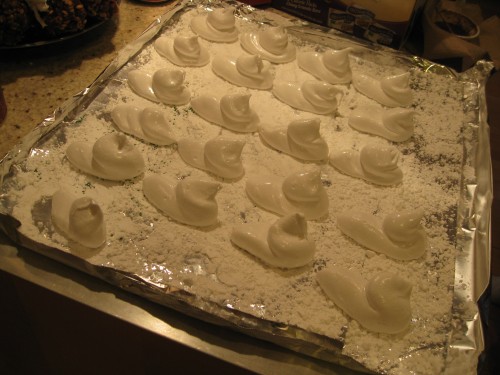 But eventually, you get honest to goodness peeps! Some of ours our red-white-and-blue Obama peeps, along with the melted chocolate we used to give them the gift of sight. 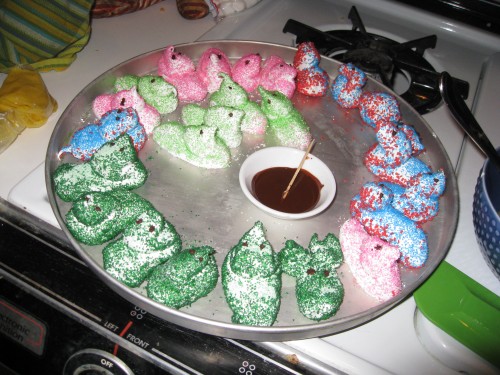 Of course, there were mishaps along the way. One plate became a kind of marshmallow "Island of Doctor Moreau", with misshapen lumpy mutants roaming, the result of experiments with wetter colored sugar and cocoa-powder based faces. 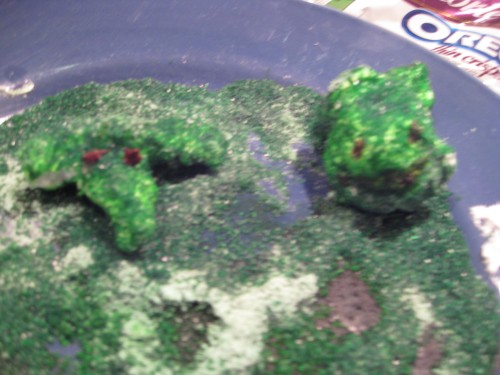 I took pains to show that the one on the left was, indeed, a happy mutant.

A mighty army is made! I think we ended up with 2 or 3 batches. 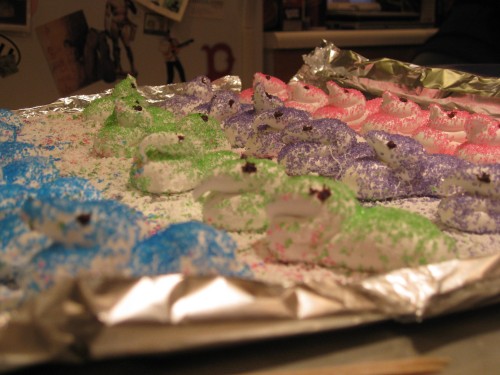 Rebekah getting photographic evidence of the marshmallow legion: 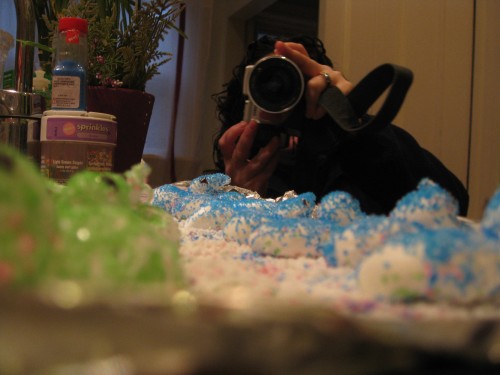 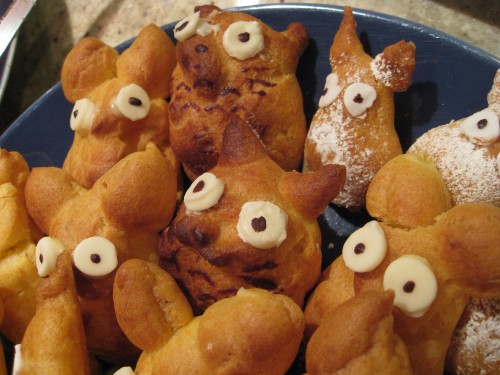 Many thanks to Rebekah and Derek for hosting and (I think) Kate for coming up with the plan!