Coming up - fireworks! But first: EB's and his new baby, henceforth known as "EBB2": 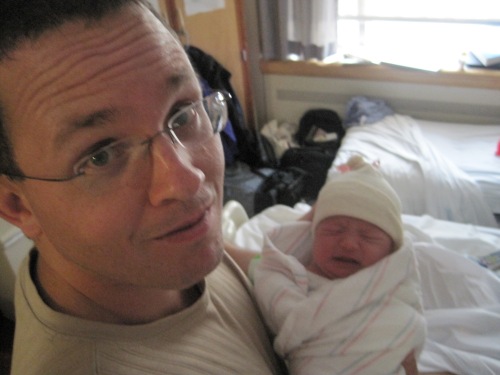 So Amber and I decided to kayak the Charles for fireworks - we were joined by much more experienced kayakers rhysara and c1, who had their own equipment (AND HOW - Rhysara managed to get all her luggage on her monstrous beast of a craft:) 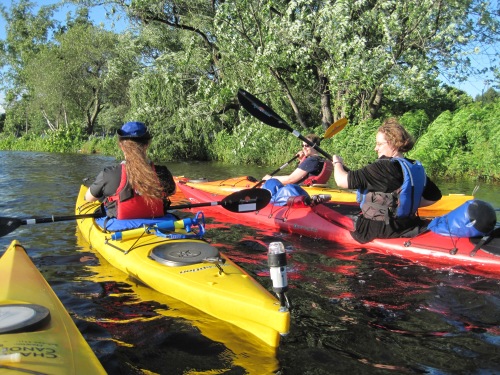 Last year I noted "Hmm. 34 years old and I'll still veer off my path to steer towards a pigeon for a bit..." -- apparently you can add a year to 34, and change the pigeon to "swimming geese"... 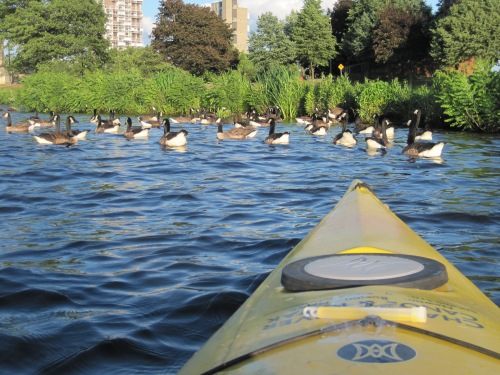 I worry that not enough of the composition class has stuck with me, or else I would have seen this lovely arch of a bridge as a framing device rather than just notice by accident after: (And maybe hold the camera straight for once) 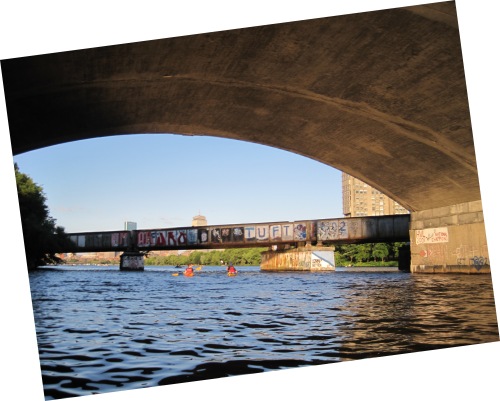 Getting near the fireworks site we found this lovely beast of a pontoon highrise homebrew craft. Braver souls than I! 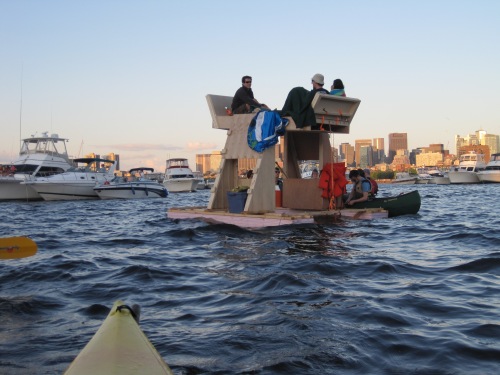 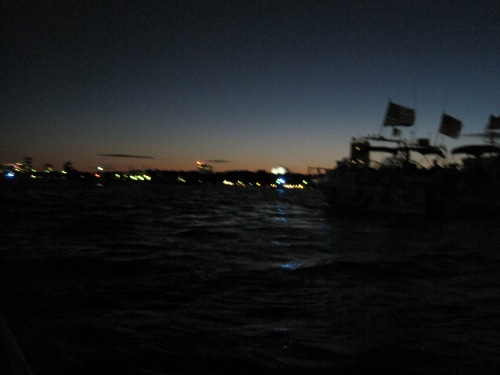 Rhysara asked that I make a LJ-icon-able photo including the bow of a kayak and the fireworks... a challenge, since the fireworks were usually high up. This is the best I could do, though I think the square cropping should still be interesting: 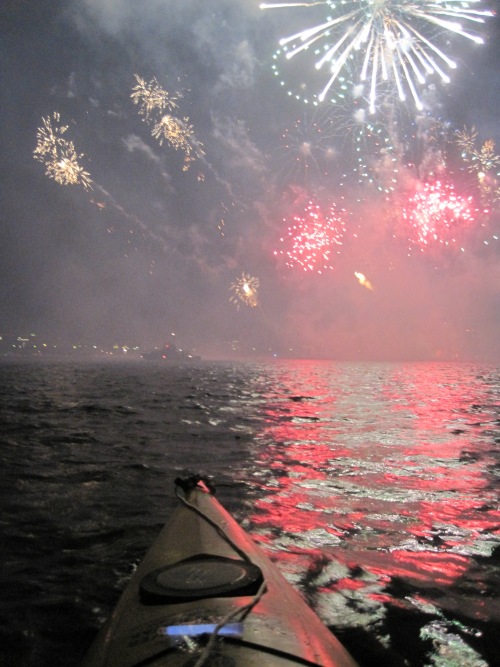 So finally, notes to my future self should I do this again: That was a nice time. http://kirkjerk.com/photos/misc/2009july4/ - full set of photos from the 4th Kayaking!

I always live by the motto don't do anything you'll have to explain to the paramedics.