photos
July 6, 2009
So yesterday I went up to Maine to visit with Jane who was "in town" (relative to Ann Arbor, at least) for he folks' 50th Anniversary. Eventually though we slipped away to Old Orchard beach and its pretty awesome Palace Playland... 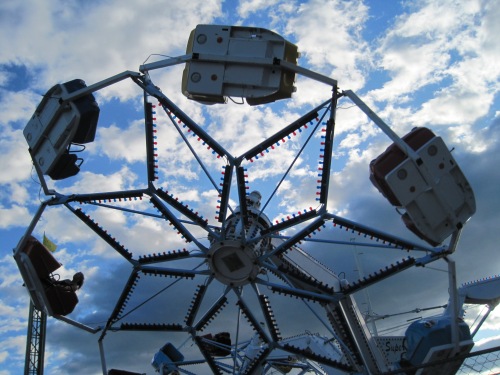 That's a ride we considered but didn't try... they use a combination system where you can get an all-day pass or use tickets. The latter works out to about $3.45 - $4.60 a ride, which seems like a lot, but probably compares favorably to what you get to go on at a six flags, and it's nice to have the option.

We did give "Adrenalin" a whirl... 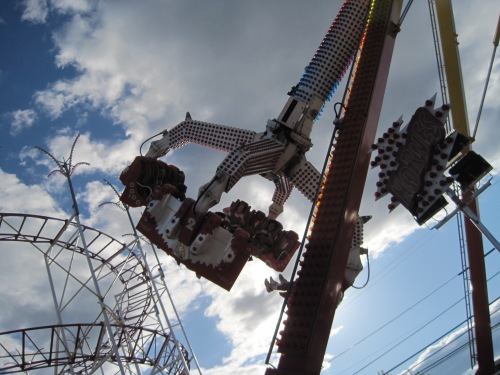 Also later went on Pirate Ship one of the classics.
Probably not 100% smart to be taking photos then, but hey. Just to play with rearranging that, getting the horizons about level... 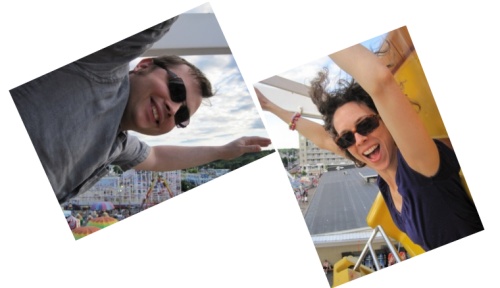 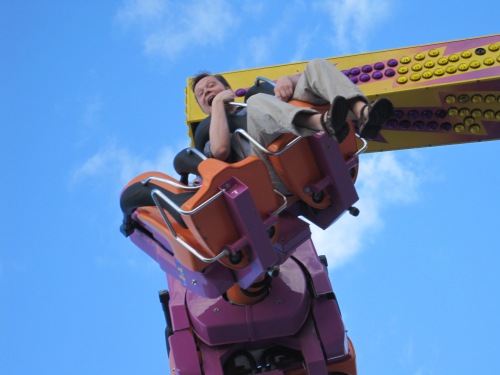 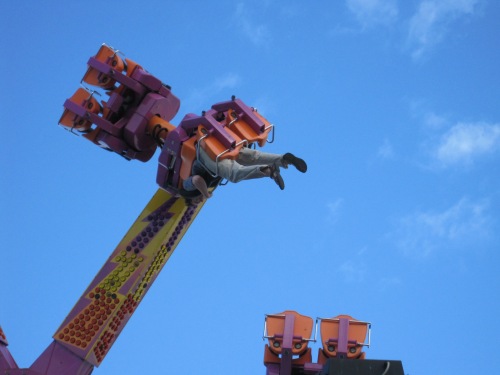 Old Orchard Beach is interesting to me... I heard about quite a lot when I was in Cleveland because the Salvation Army has Camp Meetings there, though I never went to them. Currently the town is a mix of visiting Canadians (so it's generally French-language friendly) and bikers. 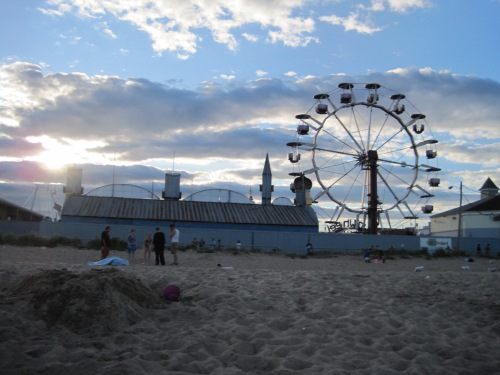 On the beach Jane found a ringing cellphone... turns out some guy had left it there by mistake, so we were able to do our good deed for the day and return it to him, over by the place where they sell the famous "pier fries", so a win all around.

And they have a lovely old pier, with a bunch of food stalls and bars over it. 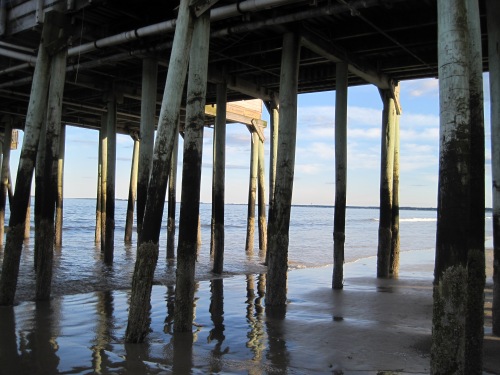 Finally, on my own way home, the setting sun was doing interesting things to the clouds. 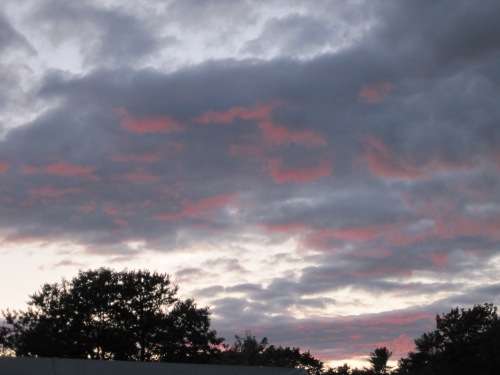 When the light gets coherent, the coherent become lasers.

"It may be tempting and more comfortable to just keep your head down [and] plod along," Sarah Palin said Friday, in an attempt to suggest that serving her full term as governor would add to the nation's apathy. "That's the worthless, easy path; that's a quitter's way out." Sarah Palin is no quitter. That's why she's quitting.

http://www.boingboing.net/2009/07/03/compuserve-shuts-dow.html - RIP Compuserve- post-AOL it's easy to forget what a groundbreaker it was! http://lookatthisfuckingtumblr.tumblr.com/ - SO MUCH META

In a flurry of flame and fur, fangs and wicker, thus ended the world's first and only hot air baboon ride.