Sarah has embraced the pumpkin, lulling it into a false sense of security: 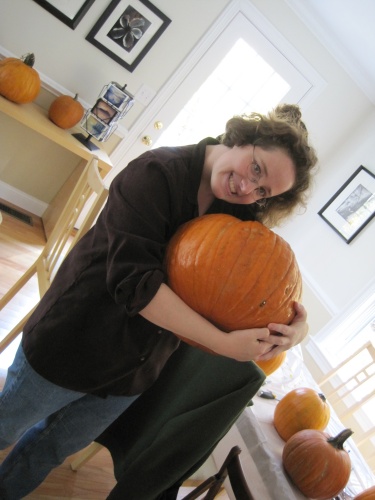 Amber was ready with some two-knife action: 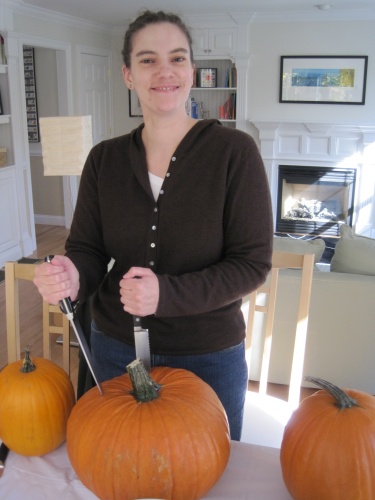 The carvening happening in earnest: 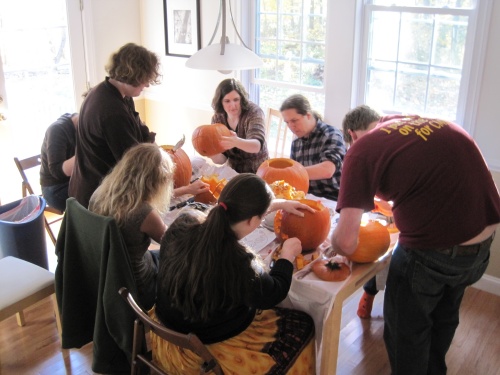 There was also meatballs and baked potatoes, and later a good round of "Apples to Apples".

By happy (or GHOULISH) coincidence, we had 13 carved Jack-O-Laterns, including the small little gourdish things Amber and I brought on a whim: 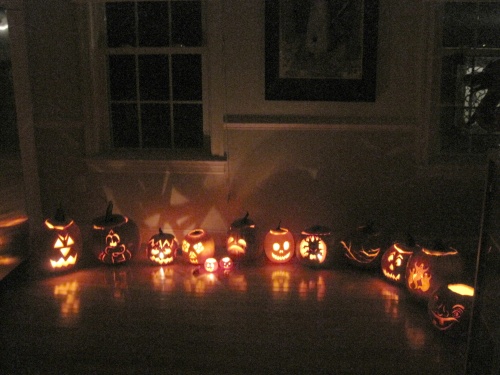 I carved the minimalist unhappy face to the right of those, and Amber made the pretty branch 3 down from that.

We also started playing with the face-like shadows (heh, I guess the eyes and mouths are examples of negative negative space, reverse shadows) on the wall behind: 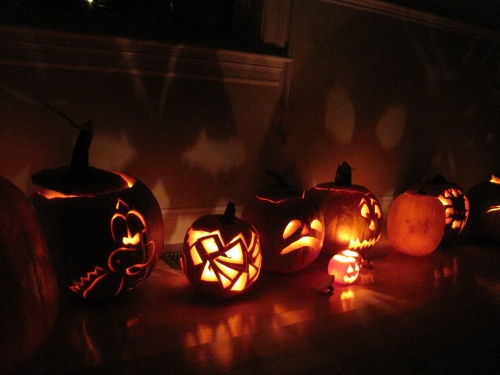 It was quite a nice prolonged moment, all of us sitting in the kitchen, just taking in the row of our creations, bathed in the soft orangish light. Caught a bit of Autumn harvest magic I think.

Remove the rivets, the battle-cruisers disintegrate, and the water is calm once more.

Ever get that feeling like you've purposefully put something stressful out of your mind? But you force yourself to remember what it was-- like just in case it was important, and then it ends up being, yeah, something dumb and you shouldn't worry about it anyway. This is what happens when you have an associations-based memory and trace things back by the emotions they caused.

Don't make me come over there; because, you know, I will. Maybe not right this second, but eventually. Sometime really quite soon. Much sooner than you think though not exactly right now. You know, I've got things to do and stuff. But... I will

I love how DBAs reflexively use powers-of-2 to size their table columns. Usually it doesn't matter - it's just voodoo / cargo cult thinking-