Yours 'Til Niagara Falls of the Moment
After the SkyWheel we went to Brick City, an interesting lego exhibit thing...

I guess after seeing the scale of, say, Legoland, a single great big room isn't as impressive, but still it was pretty nifty... 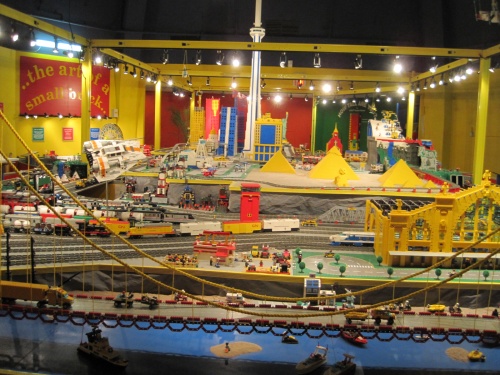 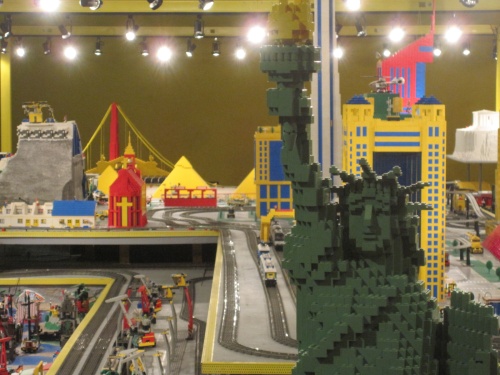 One of the flat lego portraits of Marilyn Monroe, but I like Amber's shadow beneath-- 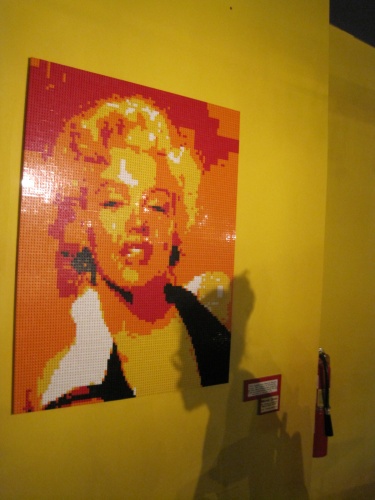 It seemed like an odd choice to be playing "Highway to Hell" for the background music at an exhibit ostensibly for children, but it made a bit more sense when we saw the AC/DC mockup. 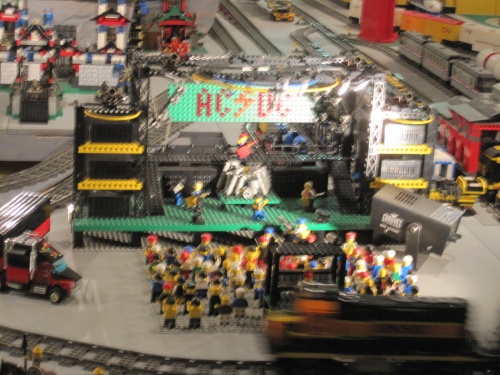 Mockup of the general area, including falls and ferris wheel... 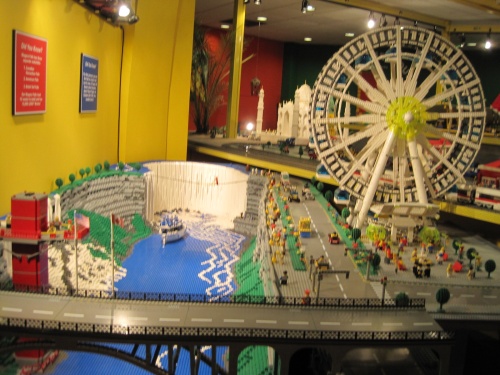 I wonder what the building was before? It had a dome top that, while it was cool to have, Brick City probably wasn't making such great use of the space. 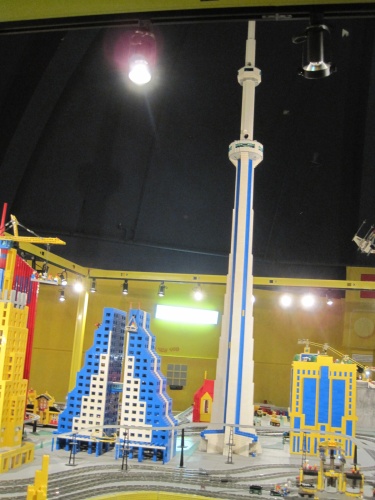 Finally was this personal message, except it's unsigned so to speak, and now I'm wondering about the history of the place. Couldn't find much about it after Googling... 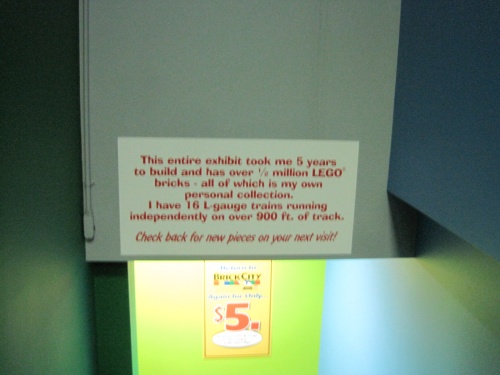 The truth is always a compound of two half-truths, and you never reach it, because there is always something more to say.

Man, I can't find an iPad sketch app with really good webpublishing options... Some of that critique of it not being a creating tool is true My kingdom for a pixel-centric iPad sketch app... I want flood fill, cropping, and resizing/anti-aliasing as the last step, damn it. At Michael "Iron Chef" Symon's restaurant "Lolita" (corner of "Professor" and "Literary"). I'm like the Humbert Humbert of Cleveland dining! Man- between being a bit more southerly than Boston and more westerly in the time zone, Cleveland is much lighter later. 8pm was still light!