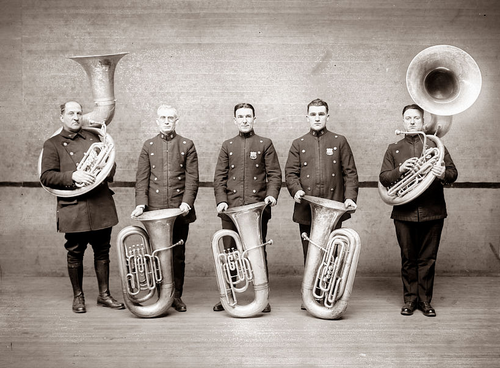 --via xoxoxobruce... (who found it here) you know you don't see many sousaphones with the bell pointing up, though I'm not sure why not. New AT+T Pricing Plans - mixed feelings about this. Looks like I use ~300Mb/mo now. Want tethering, dread having to think about usage -- unlimited data was a HUGE enabling factor when I first started using the iPhone.

"I would say six, seven weeks," the civilian replies. "When I was up there, they had the disposable razor blades and it was like six or seven weeks after I returned to Earth before we had them."


He says "that was [a routine] that died, but I still love it." 4 day weeks feel so disjointed- Tuesday feels like Monday so then you overcompensate and Wednesday feels like Thursday.

I concluded the worst thing that could happen is if we change our core values and let it slide. I can't do that. I'd rather quit.

OH NO STEVE! DON'T QUIT! PLEASE KEEP MAKING COOL iStuff AND DON'T LET THESE GIZMODO TURKEYS GET YOU DOWN!!!!