playlist
September 6, 2010
I'm knocked over by how much great music I can run into still. I really thank MP3 players for revolutionizing my relationship with it, and how I can buy songs piecemeal and then give 'em a few months to burn into my brain before they get thrown into the general mix. (I'm also knocked over by how I can find nearly all of them on Youtube...)

Anyway, here are the 3,4, and 5 star songs I added to my collection over the past three months.

Random Modernish Urbanish Pop - I just dig the sound and swagger. NPR had a piece on the Carolina Chocolate Drops, and they covered "Hit 'Em Up Style", which turns out to be a good song in its own right. I read a book "100 Best Beatles Song", and that introduced me to or reminded me of a few songs Last season's mix was really where I imported a lot of song from Amber's collection, but her music still has new finds for me... Q-Unit's Greatest Hits is 50 Cent crossed with Queen... kind of amazing stuff. I love the back cover art with 50 Cent sporting a Freddy Mercury mustache. In high school I was "Big Jule" in our production of Guys and Dolls, so I still have a soft spot for the music from it-- this is from the 1990s revival I saw in NYC with my mom, I think it had Nathan Lane in it. Random 90s "Alternative" Tuba-memory music... Songs from the Weird Al... Songs from "Shake Burger and Fries" -- McDonalds had some promotional tapes once in the 80s, mixtapes of songs from the 60s-- I've tried in vain to track down a playlist, but I remember some of the songs... Songs off of youtube videos... I've been seeing some IMAX at Jordan's furniture lately, and they have a thing for that 90s-era swing revival stuff... Random finds:

September Blender of Love is here! 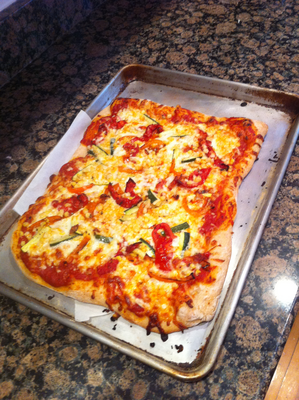