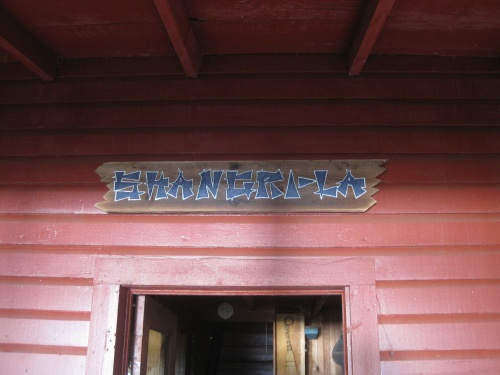 I like how the red cab has its own name, Shangri-La -- such a nice early-20th-century vibe! (The other two associated with Dylan's family are "The Pines" and "The Cedars") 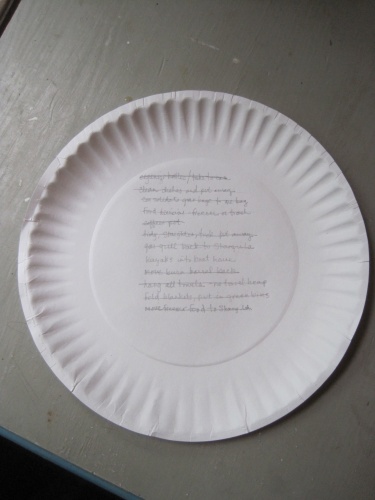 Dylan's checklist of things to do to close up the cabin. 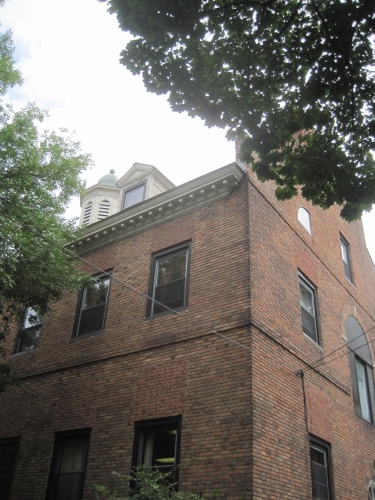 The Glens Falls Salvation Army Community Center - we lived in an apartment in there from when I was in 3rd grade 'til halfway through 6th. 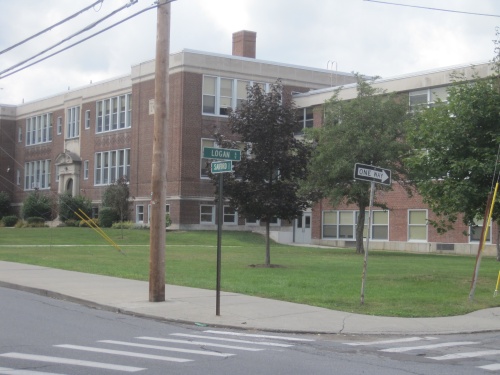 My elementary school -- I had forgotten that the side street had my middle name. 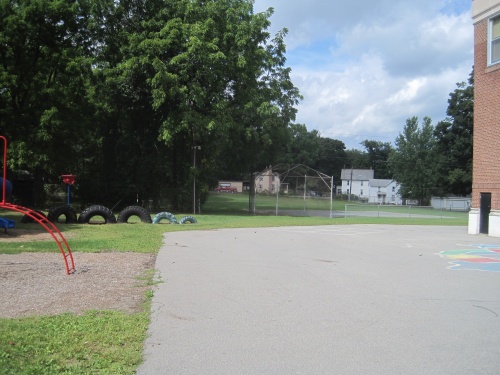 I remember the old half-buried giant tires from the place... Amber says her school also had one of those "USA on the pavement" things that might've sparked an interest in geography in her. 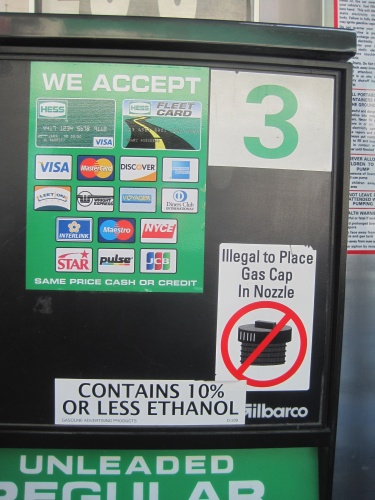 Finally, from a gas station in NY. Why would someone be tempted to place the gas cap in the nozzle? Would it even fit?

...at Jabba the Hutt's palace with Oola the slave girl, who, it turns out, has a rather long 'jabba' where her 'hutt' should be...

Maybe I should replace the Larry-the-Cable-Guy's "Git-R-Done" with Tim Gunn's "Make It Work" for describing crunchtime work methodology.

How to spot a geek: have them make a list of scary words and see if they include "non-Euclidian."