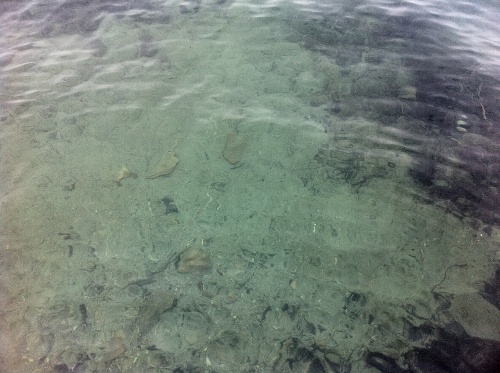 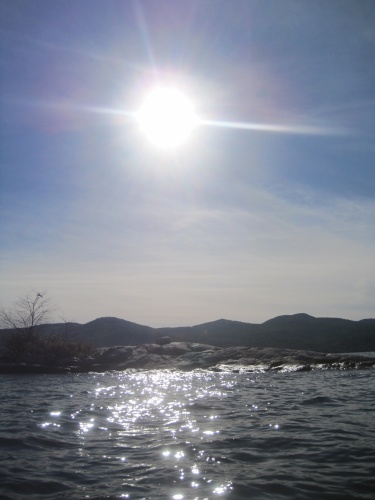 This shot was taken from a kayak. 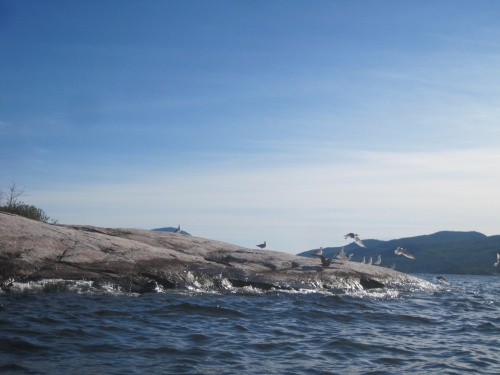 As was this one, the island near the center of Gull Bay... 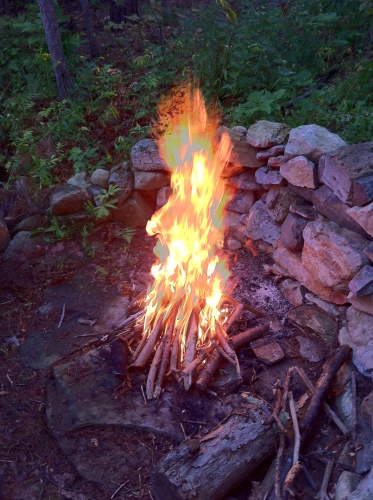 This is what happens when iPhone 4's "HDR" system
tries to work its magic on a campfire. 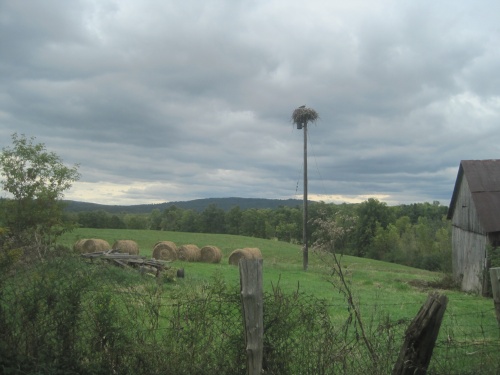 On the way to apple picking was this amazing bird's nest... 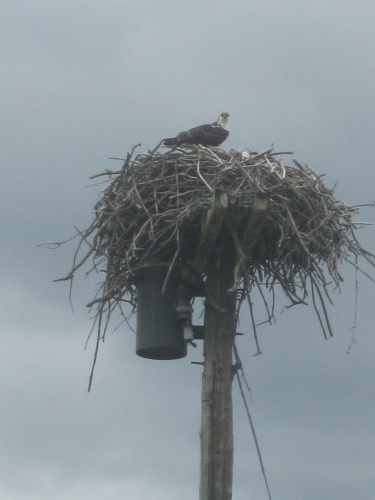 Closer shot. Anyone know what it is? 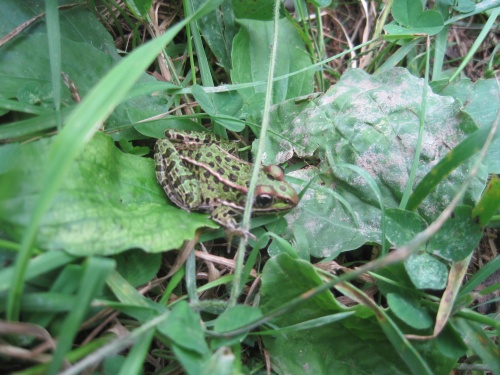 At apple picking, there were frogs. 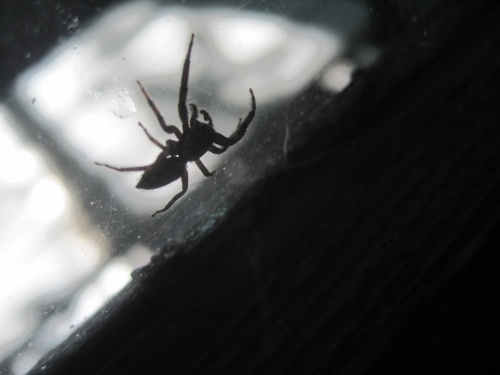 And it just wouldn't be camp without a few friendly spiders and bugs! 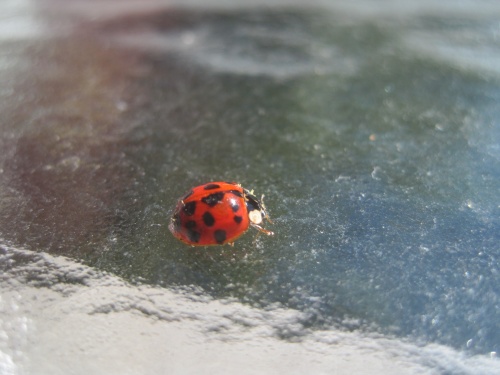 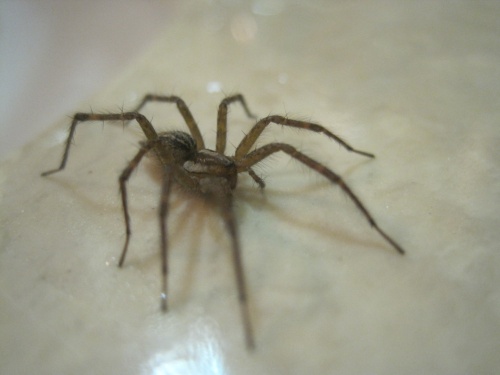 Fearsome bathroom protector.
Things I learned about this weekend: "Nose Grease", a convenient lubricant at hand for carpenters and people with chapped lips and what not. Things I learned about this weekend: I observed again how a star-filled, low-light-pollution sky really looks like a sky dome arched above. Things I learned about this weekend: if there's no such thing as a "Jacksi-One" (Pepsi One and Jack) maybe there oughta be. (Why no love for Pepsi products as mixers in general?) http://is.gd/fbWGN This spoof video and that Chappelle Show w/ Wayne Brady had that "shushing while strangling" thing- where's that from? http://www.guardian.co.uk/commentisfree/2010/sep/13/charlie-brooker-google-instant -- Google's War on our attention spans. Technically, my job wouldn't be impossible without jQuery and Firebug, but man, it's pretty close!

If I ever saw an amputee being hanged, I would just start yelling out letters.