a man is stabbed by three spears, and he strikes each of the three men down before dying himself.

I saw this first on an iPhone app, and it lacked the paragraph breaks that are their on the website.

I just love the drama-free, factual tone of these -- no character names, just "a man" or "a woman", all in present tense, and after a while it starts to read like Apocalyptic prophecy. I was tempted to try and make my 24 Hour Comics Day out of this, but I thought I couldn't get it abstract enough having just watched the video. I have to admit: in the chilly seasons, the zippered pockets of my hoodie become my man-purse. Big gob of keys, wallet, phone, sunglasses. That's a purse. Better than my pants pockets though, or at least less lumpy. wow, the new Gap logo kinda sucks. http://tvtropes.org/pmwiki/pmwiki.php/Main/ElvesVersusDwarves - "Elves vs Dwarves" is a better metaphor than Scrum's "pigs vs chickens" for representing engineers (technological, down to earth dwarves; pigs 'with their bacon on the line') vs management (dreaming, elegant elves; chickens that are merely providing eggs.) Of course Pigs vs Chickens has always been a horrifying, inaccurate, and self-aggrandizing metaphor for software developers. 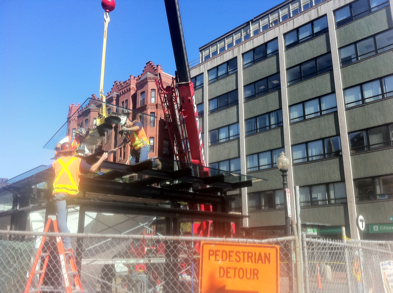 It's fun trying to find pretty, non-distracting iPhone wallpaper, but after a while of that going to flat black feels so soothing... Holy cats, my todo is down to zero due/overdue. First time in a LONG while Appigo Todo ain't wearing its little number badge.