travelphotos
October 9, 2010
Today Amber, Kjersten and I went to the 100th Anniversary Sandwich Fair in New Hampshire. We had a lot of great fair food, but, ironically enough, there were absolutely no sandwiches to be had. 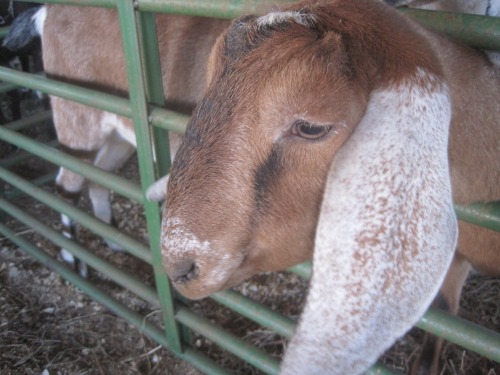 Plenty of livestock, though! 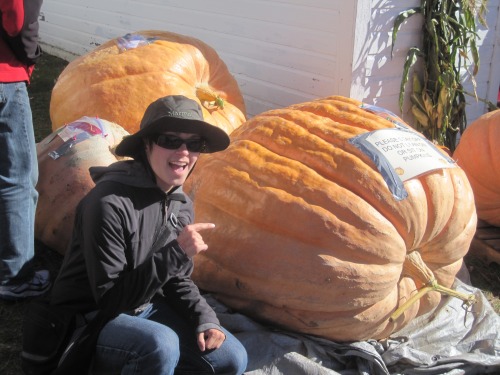 And the place to go to see comically oversized pumpkins. 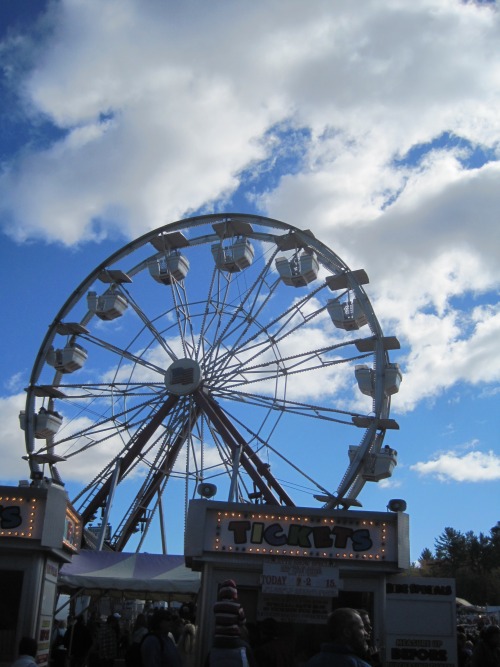 They had a nice ferris wheel... 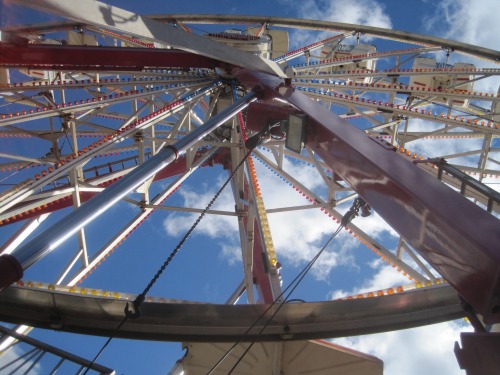 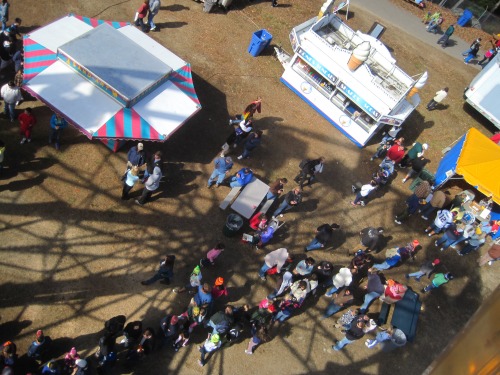 View of the people below. 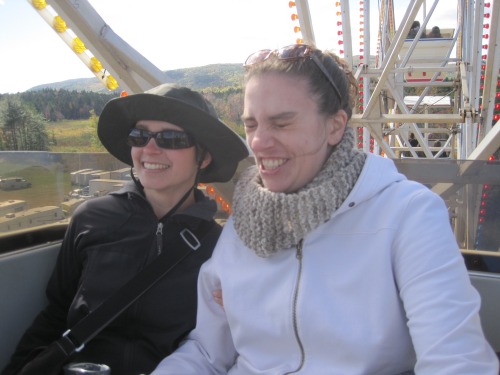 Amber was much better than last time on a ferris wheel but was still a bit on edge. 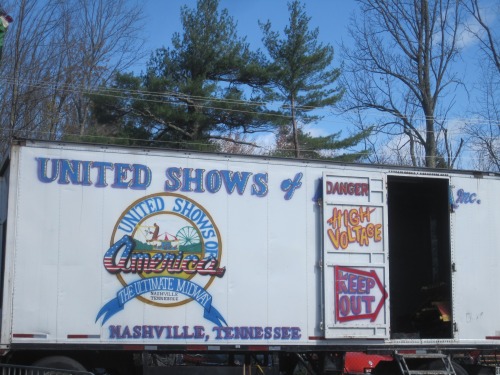 These were the folks running the rides. I note that A. being from Tennessee, they must be frickin' cold -- we were freezing ourselves, especially in the morning. B. They certainly make that "High Voltage / Keep Out" arrow awfully inviting. 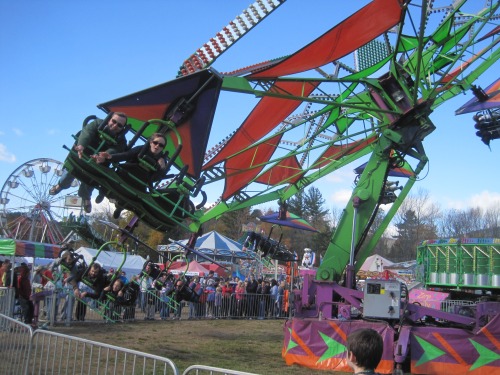 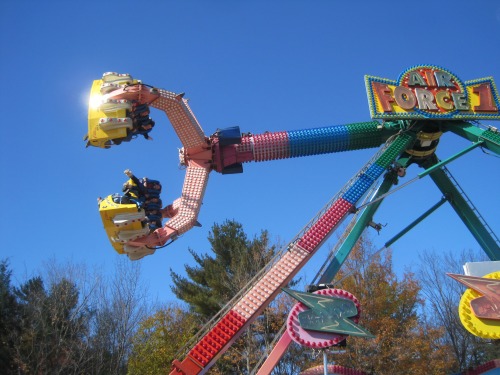 I was on my own for "Air Force One" though. 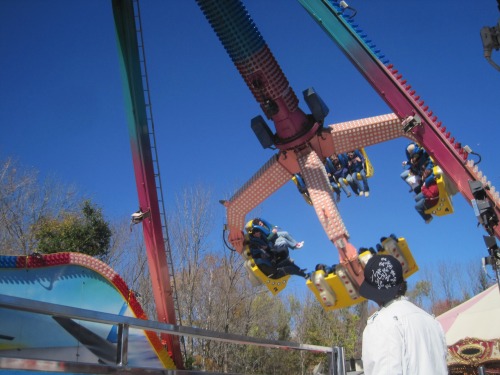 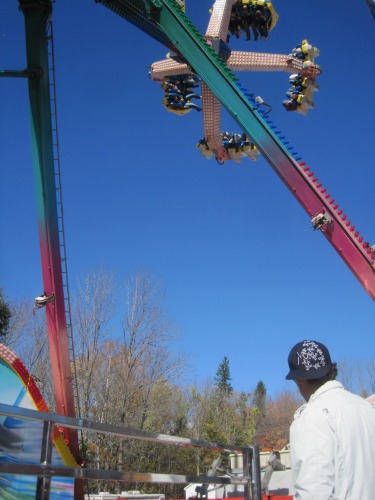 Man, that thing was pretty high... 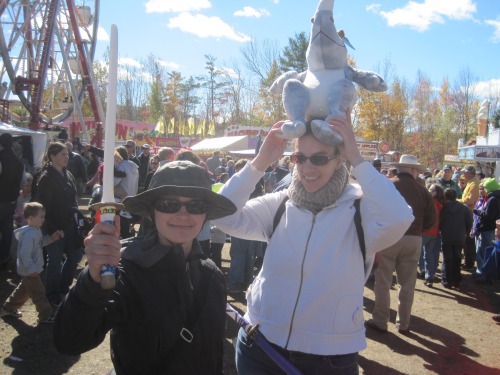 I won a rhino for Amber! And Kjersten wielded a fierce plastic sword. 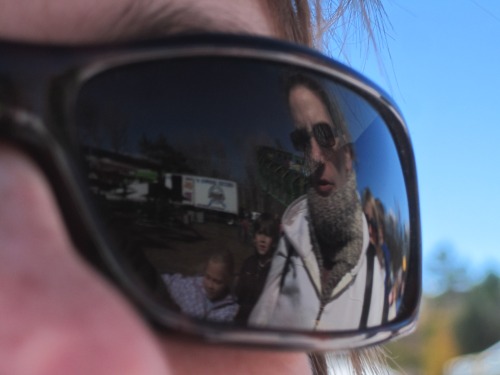 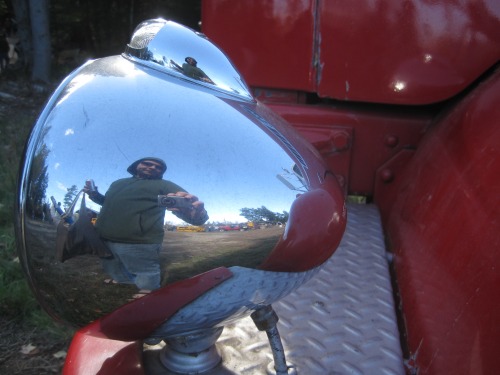 And me in further reflection... 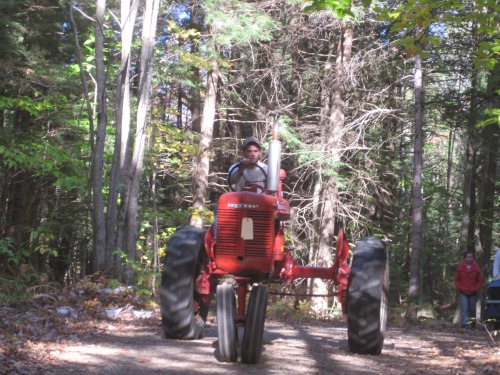 Our visit started and ended walking by the antique tractor section. It was interesting hearing how a lot of the old tractors were still "working tractors" as the guy said, not just old machines fired up for special occasions.

The men who really believe in themselves are all in lunatic asylums.

So is Gap inviting people to do their logo for free because their Helvetica one is so bad, or was that the result of asking for free work?