photos
(1 comment)
November 13, 2010
A few weeks ago Amber and I went to the deCordova sculpture museum and garden, a first for both of us. 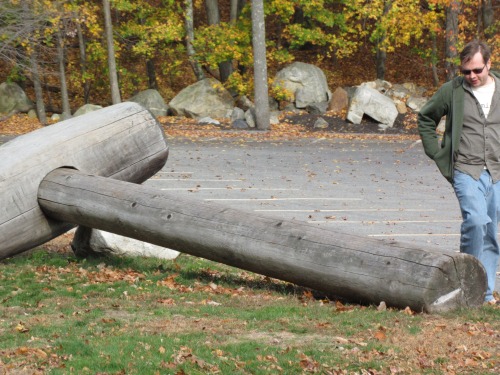 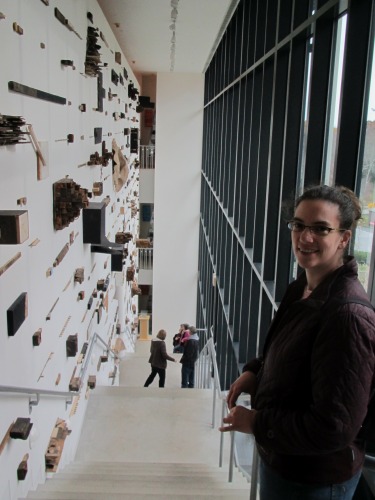 Amber might be smiling because I had stepped backwards to frame the photo, tripped on a stair, landed neatly on my butt, and still got the shot. Then an attendant came over to tell us we're not supposed to take photos in the place. 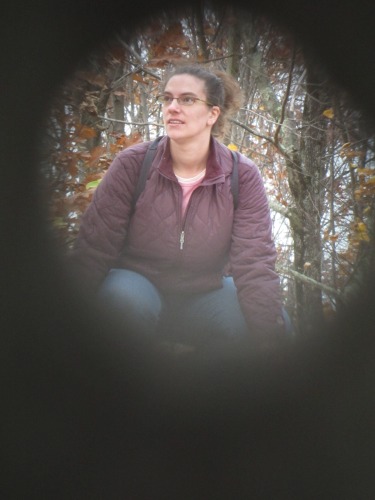 Outside-- this shot is taken through a peephole in a sculpture called "Little Red Riding Hood and Other Stories". 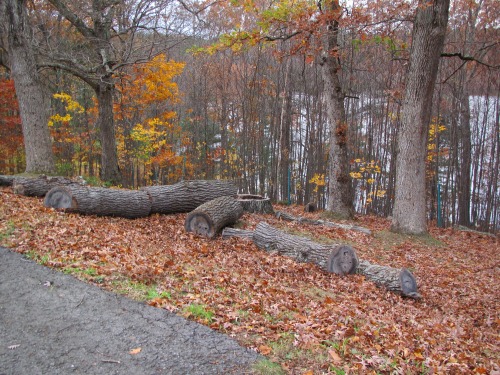 So while most of the sculptures where of fairly traditional material (stone, metal, etc) there was at least one that was just trees constrained into a squared off fence pattern... so I got to keep using my line "Is this art or landscaping? Look for a plaque!" 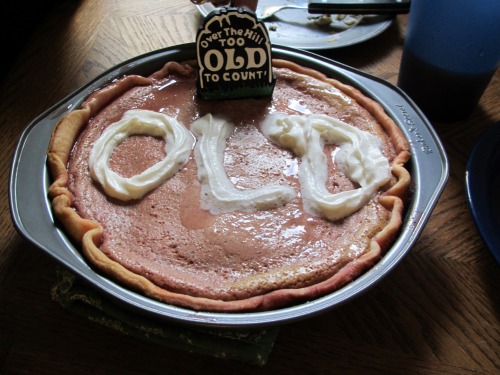 At the end of the month it was Kate's birthday. How old? Old... Miller made up an idea Kate had previously thought of, a "strawberry quiche". It was pretty decent (much to Miller's surprise considering the disaster it made of his kitchen), kind of like a custard. 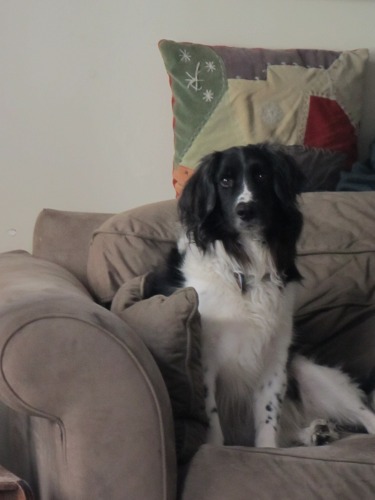 Kate's partner has a dog Ben, notoriously camera shy, leaving the place when a camera is even pulled out. My new camera has a great zoom lens though so I was able to get a shot.