the funnest of all funspots

videogames
(2 comments)
November 15, 2010
Leonard was visiting, up from NYC, and we decided to take an impromptu field trip to Funspot, home of the American Classic Arcade Museum, what the Boston Globe calls "the Louvre of the '8-bit' world."

My favorite new (to me) old game was probably the first controversial game, Death Race -- you and a buddy compete in running down "gremlins" (probably changed to placate moralists) who give a thoroughly unpleasant squeal and they transform into a tombstone that then blocks the progress of your death-on-wheels car. 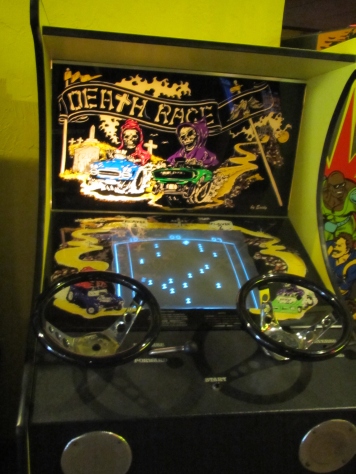 I liked it quite a lot. 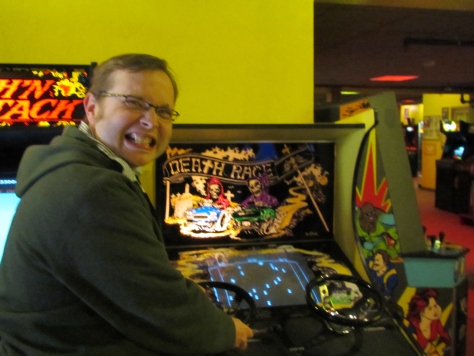 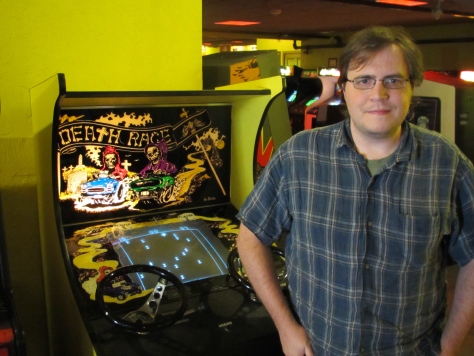 Leonard playing a comically undersized game he remembered from his dentist's office, "Leprechaun". 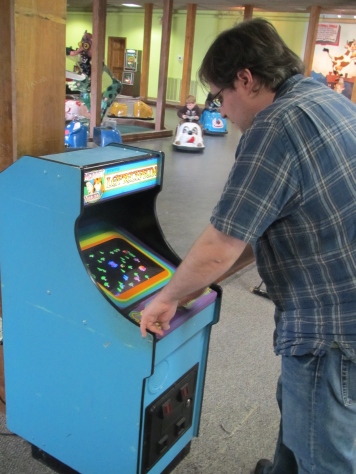 I got the high score in Gyruss! 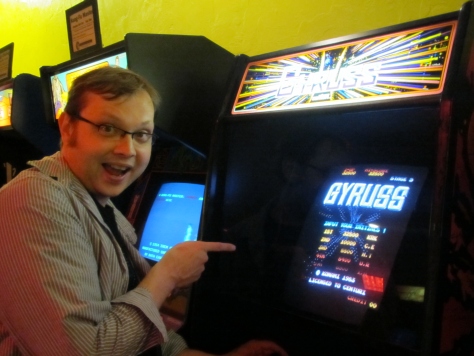 And Pengo. Though it looks like I was the first person to play that day. Still, still I got through many levels, honed from years of experience in the Atari 2600 version years prior... Leonard didn't know there was a "kick the wall to stun enemies" trick. Though as I crunched Sno-Bee egg after egg (to stop new Sbo-Bees from form to replace their squished-by-sliding-ice-block comrades I wondered if this game would have been as popular if it had been called "The Sno-Bee Holocaust". 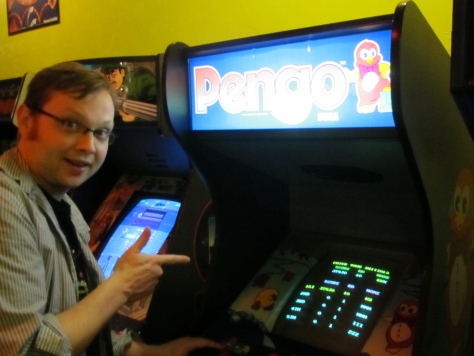 I don't have any solution but I certainly admire the problem.