"If you don't live it, it won't come out of your horn"

That was one of the first quotes I ever "collected"-- it was my .signature file for a while.

Last year, before I turned 38, it occurred to me I might be about as old as my dad was when he died. I wasn't positive of his birthdate, but I thought I knew the year, so I googled my site for 1949... this quote came up before my dad's birthday (which I thought, correctly, was there from a tribute I wrote when I was 29, and had lived as long without him as with.)

Somehow I had recorded the quote with a date, and never realized that the day Charlie Parker said that was also my dad's birthday. And according to my date toy, today is the day I was wondering about last year: today I am as old as he was as he died.

I guess the guy lived it so it woulda came outta his horn, except that he couldn't carry a tune in a bucket. Played a mean timbrel (Salvation Army term for a tambourine) though, and wanted to start the James Edward Israel School for the Triangle.

All of the above I wrote last year.

I didn't really come up with a great way to commemorate the occasion, so I ordered a box of Payday bars (his personal favorite) and am passing them out at work and whatnot.

Now that the day is here, what does it mean? I think there's a time in late teenagehood, young-adulthood when a young man kind of takes on his father to help become his own man, and I'll never have a proper version of that. A milestone like this, where in every memory I have of my dad going forward he'll have been younger than I am at that moment, might help me grow up a bit. Maybe.

History teaches us nothing except that something will happen.

Just finished week 4 of C25K, which puts me at halfway through. Noticed my arches are tender during the day, but I wonder if that has more to due with some fisherman sandals I've been wearing now that the weather has shifted.

I guess my speed isn't great, but I jog when they say jog and walk when they say walk and keep up with that, so that's something. My April, One Second a Day... a lot of Emma, was never sure when it was going to be her last shot...
back online after a year without the internet So, not a clear win for "cut out the Internet", but still some lessons to be had. I wonder how I could get a better balance...

playlist
(2 comments)
May 3, 2013
The music I added to my collection last month -- Needing/Getting was fan-tas-tic. Exclamation points mark worthwhile videos.

Alt with Big Drums Other Alt Country/Bluegrass/Blended Girly Covers: Retro Female Hiphop Slate on LOL Heh. Just like I'll never be really comfortable wearing a backpack with both straps because that was totally uncool in the late 80s, I will never be at ease using "LOL" because that's what the AOL noobs used in the mid-90s...

Likeness is a most slippery tribe

May Blender of Love
Good lord, they're right. Eat apples from the top down or bottom up. (When you get to the seeds, you can just shake them out, a detail the post doesn't mention.) Eat the ENTIRE apple. You will barely notice the core that seems so terrible when you're eating around its equater.

Life always has an unhappy ending, but you can have a lot of fun along the way, and everything doesn't have to be dripping in deep significance.

The final quote of his I'll be posting, and probably my favorite.

Life would make a lot more sense if you could hear the laugh track.

Islam vs Christianity throwdown... comic, but kind of cosmic.

It reminds me of this quote from Off to Be the Wizard (great book, by the way, what Ready Player One should have been) by Scott Meyer:


The advantage that religion has over magic or science is that man's inability to understand is built into the system, so if an explanation is confusing or unsatisfying, it strengthens the point.

You only grow by coming to the end of something and by beginning something else.

I went my whole life not knowing that there is a part of my body named the Canal of Schlemm and this is my new greatest regret.

Nobody has all the answers, because all the best answers generate more questions.

"This feels like the Soviet Republics in '89, one more down: Minnesota House passes Marriage Equality in 75-59 Vote. Equality is coming."

I am almost halfway serious about starting to consider the possibility of maybe someday changing my name to "Kirk Is".

history
(1 comment)
I think I have found a new band home... last night I had a little strolling Honk with the JP Dunster Road Honk Band... it felt really good to be tuba'ing with a group again.

(Man, Honk and Pep and Marching Bands are so much more fun than Concert Bands and Orchestras! If I had seen some of these as an option maybe I wouldn't have had such a long Tuba dark age...)

In the words of my father (who would look forward to this day every year just so he could peer down from the pulpit and say it:) "Good Morning to All You Mothers out there." Slate on Japan's "Abenomics" So, Japan shakes itself from its stupor with stimulus, and Europe trudges through austerity. I think the USA could learn something.

liFe is Not aLL jazz and Joy)
sMiles and suNNy weaTher!
EVERy golD has it'S aLloy!
toHOld tHe Stuff together!

!if LUCk is good! why maN aliVE!
weLcoMe iT! And ch eer iT!
buT if THE drinK'S two seven five
Try to griN! AND beer iT!
heNry!


N.B. - heNry is a beetle scab who produced poems for Don Marquis when archy the cockroach went on strike. 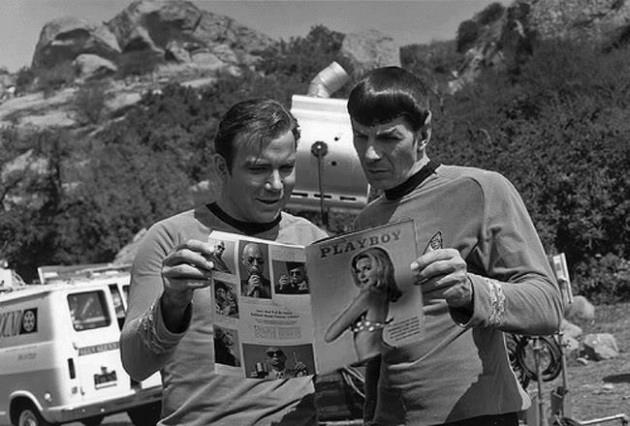 Thoughtful analysis of Trek through its various incarnations.

In the beginning, when Adam was first created, he spent whole days rubbing his face in the grass. He picked his ear until it bled, tried to fit his fist in his mouth, and yanked out tufts of his own hair. At one point he tried to pinch his own eyes out in order to examine them before God had to step in.

WARNING: catchiest kids video ever... it's funny how they really embrace the logic of it.

Used the RunKeeper app for the first time, alongside C25K. Admit I'm a little bummed by my 14-minute-or-so miles (not even counting the warmup cooldown time). As a chubby high schooler I remember being relieved by cracking the 10 minute mark, though that was just for one mile, but I had a fantasy I was back to that kind of performance, despite being the slowest jogger on the path.

All well, lik Matthew says, no such thing as "jogging too slowly", right? (I'm glad the saying isn't "you can't jog too slow", because then that's not clear if it's a demand or a definition.) As lazy as you are, I guarantee you will not be doing nothing over the next 30 seconds...
In my off time I've been working up this year's Advent calendar (see http://advent.alienbill.com/ for last year's). Last year only had one original piece, the rest of my effort was spent converting from Processing to Processing.js, doubling the size, and making things iPad friendly.

Other ideas I've not yet made include a nutcracker and maybe a toy train. 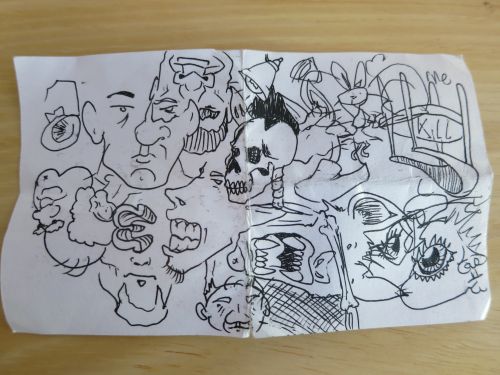 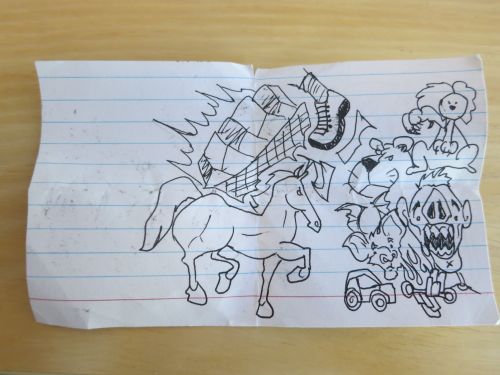 From merchandising is Forever, a blog of Star Wars toys... 26 Boba Fetts:

I admit I'm a little nervous about the apparent strength of the economy, both the relative joblessness of it, and just because I'm always ready for the other shoe to drop. And it looks like America under Obama and a divided Congress has done a lot better than Europe.

I wish there was a way to know you're in the good old days, before you've actually left them...
...Someone should write a song about that.

Tried to run a bit faster this morning. My first fresh 5 minutes led to roughly 11.5 minute miles, but at the end of ten minutes it was only 12.5 or so. I guess I have more empathy for my 10 minute mile running high schooler. Also given the relative warmth of the day and pushing it, I got reminded how my head becomes a giant pinkish heat radiator when I do exert myself like that... I'm not sure if I'd seen that for a while. 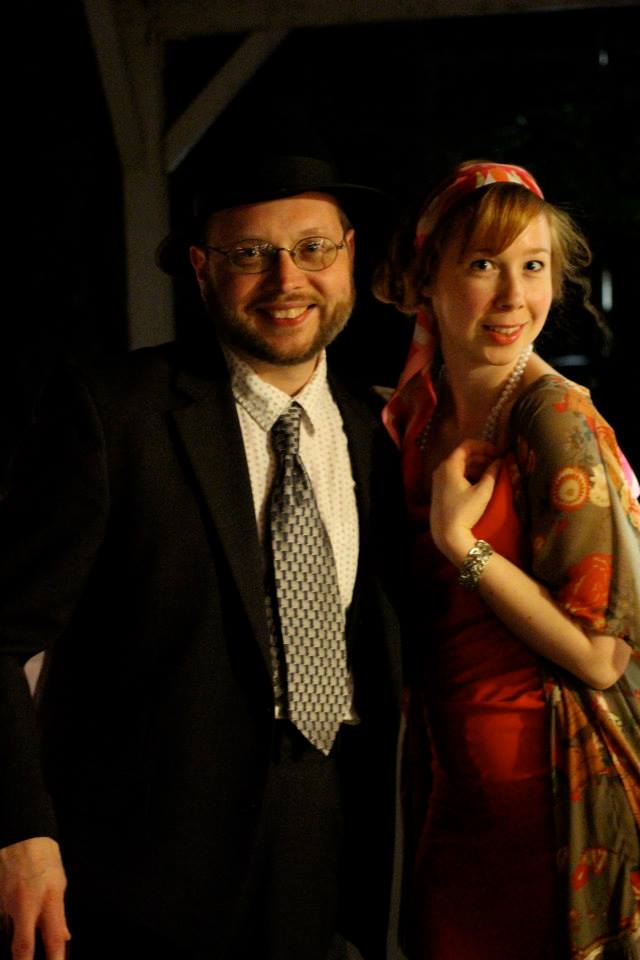 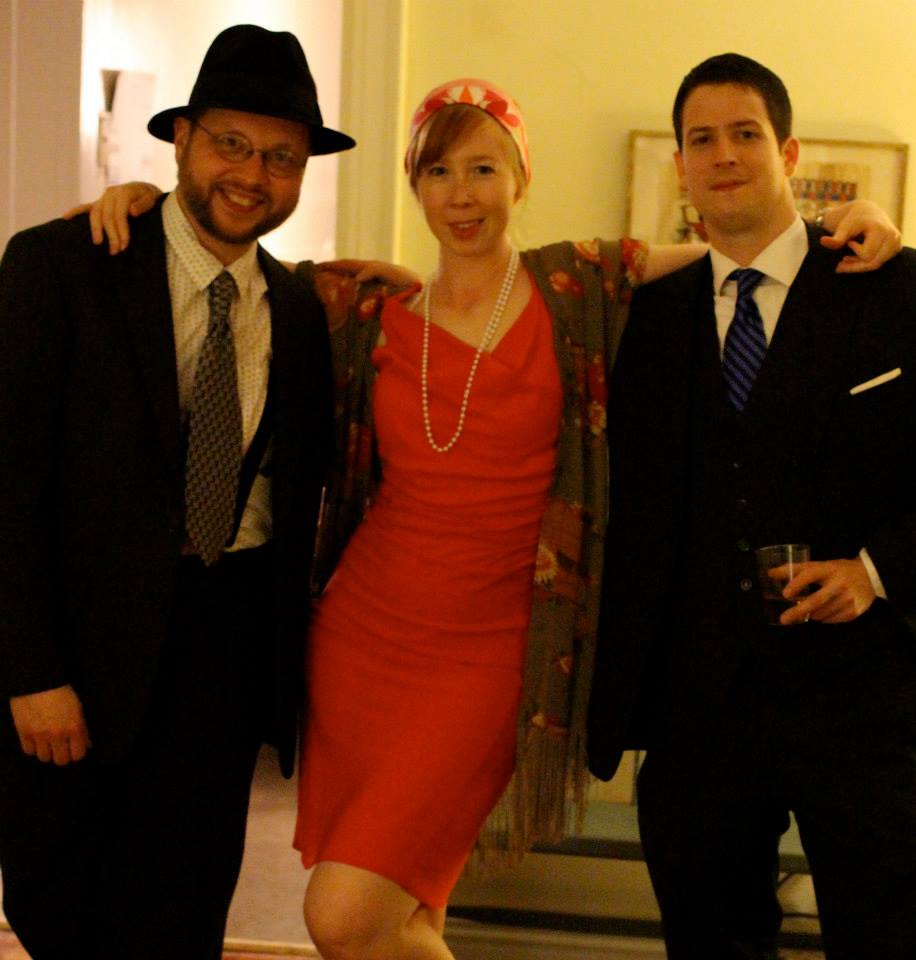 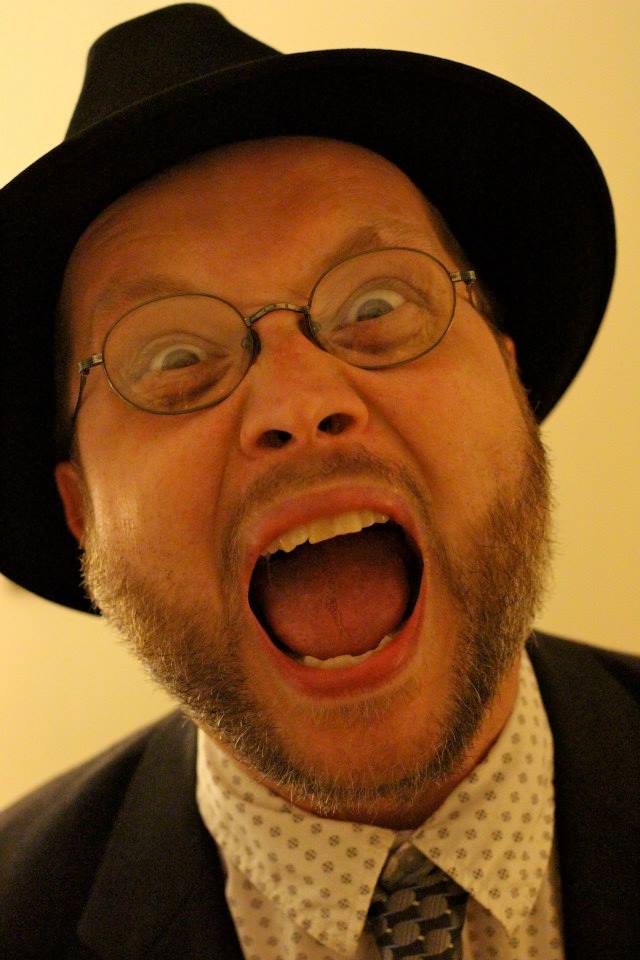 (2 comments)
I am on a business trip to Phoenix. I am feeling like such a tourist because I'm very tempted to take lots of picture of the cactuses. Cactusi. Whatever.

Some days I spent up to three hours in the arcade after school, dimly aware that we were the first people, ever, to be doing these things. We were feeling something [the adults] never had--a physical link into the world of the fictional--through the tiny skeletal muscles of the arm to the joystick to the tiny person on the screen, a person in an imagined world. It was crude but real.

My hopes for the game "Saints Row IV" were even higher when I heard about plans for a "Dub Step Gun". I mentioned that to my housemate and he showed me this.

Reason is a machete in a bullshit forest.

It is my sincerest hope that the act of dying feels like finally peeing after a long bumpy car ride.

Man, playing Dr Mario with my friend EB and his wife EBSO, things started to get just a little heated... I reminded them that while hopefully it was a long way off, one day they might be making end-of-life decisions for the other, and a night like this had DNR written all over it...

http://flabbyphysics.com/flabbyphysics.swf -- coolest one button game I've seen in a while So frickin' tired of nation-specific mp3/music downloads. I think Australia is the worst, but UK is bad enough. #shutupandtakemymoney

Your right to be stupid does not change the fact that you're stupid.

http://www.nytimes.com/interactive/2013/05/26/sunday-review/26corn-ch.html -- what a bummer, how nutrition can't easily win out in the marketplace. Messing with Zoosk. So far it doesn't feel as much as my demographic as OKCupid does; like, Zoosk is eharmony what OKC is to match.com, or something. Plus with odd like Zynga like elements.

Spooky sleepover game: go into a bathroom, turn out the lights, look in the mirror, whoa, you're 37, what are you even doing with your life.

http://twitter.bug.quietbabylon.com/ excellent short-short sci-fi story in the form of a bug report to Twitter.... After 3 or 4 months of almost exclusive OSX use, I think I'm finally adapted to option- and cmd-arrow keys to hop around. Windows keyboards had less to think about in that regard, but then again there was little consistency where "Home" and "End" would be on any given laptop...

One is never confronted with a single isolated situation but is always in the midst of a vast multitude of situations, and there is never just one single valid point of view to take but always a variety of reasonable points of view.

What every iPhone screen all put together into one iPhone in NYC would look like: 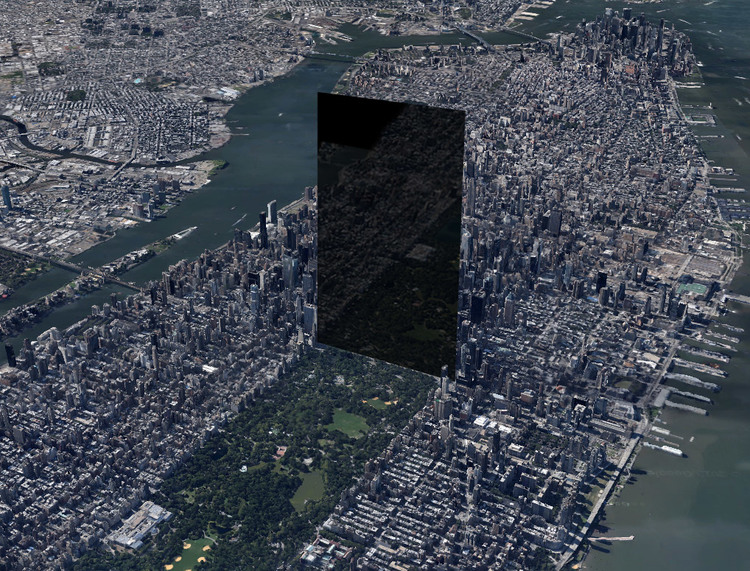