Man, the tech behind why you can't photocopy money is some next-level Illuminati-shiznit. Here's this weird advanced tech in like every copier and printer and many popular image programs that has veto power over what you do/edit, and no one knows much about it at all, or how it works. I've been dialoging with some gunfans on FB. I feel a lot of groupthink and tribalism on both sides. The gunfans say gun control supporters have pretty shallow understanding of the technical issues and of the legitimate uses of this kind of weapon, the gun control supporters say that NRA has the nation in a stranglehold and no limits, no matter how common sensical, will be allowed to subvert this Cult of Gun thats demanded so many sacrifices over the past few decade.

But on both sides, I'm aware of tremendous social pressure to conform to the assumptions the group makes. And in issues of politics, too. (That said, I don't think there's a true symmetry; there are some neurological connotations behind the left/right split, specifically about disgust, along with a general concept like the circle of empathy and I think the left tends to have the high ground there.)

Back to guns: This article by an AR-15 owner seems to have a nice blended approach (TL;DR: it's the capacity stupid, limiting clips to 10 rounds might get a good balance in public safety and individual utility) I just googled the PLU code number to tell me this is a peach (and not like a nectarine or something) ‪#‎nerdlife‬ 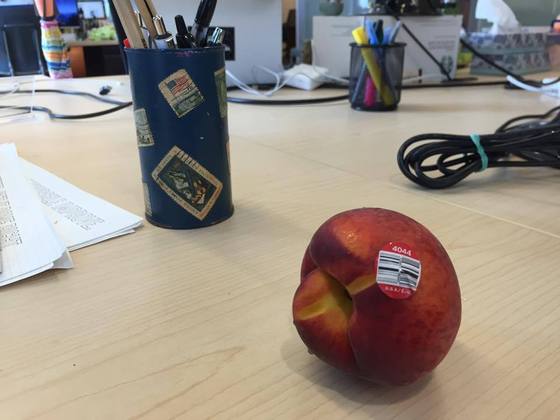 Honestly I know there's a certain level of Trump fan who will like this and not get (or gloss over) the apocalyptic aspect.