You know what's wrong with living in a world that exists on the brink of atomic destruction? When you give up that hour in April--you're never sure you're gonna get it back again in the fall.

Making the rounds, the Monty Python-inspired cover about Brexit is great. 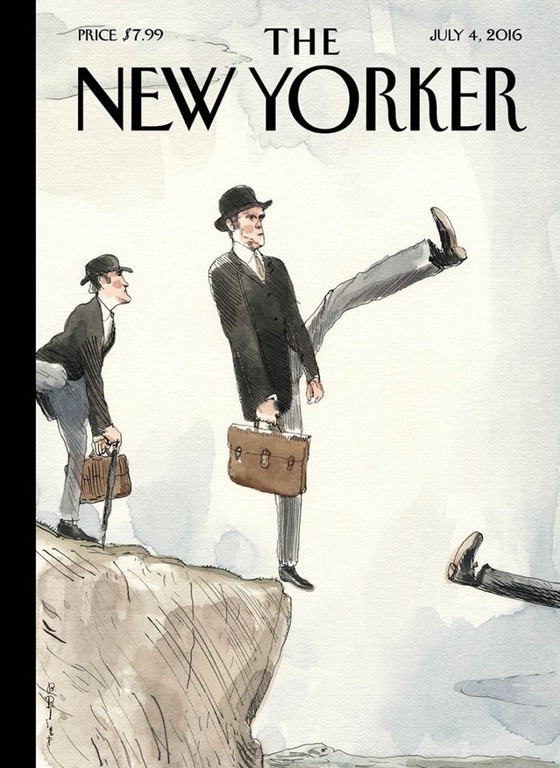 Interesting to see if the rumors of "well, it's just an advisory vote, maybe they can walk this back after seeing how stupid it is" could be true...

Quite simply, the English want England to stay relatively English, and voting Leave was the instrument they were given.

Another line from the article:

Of course, USA and Canada and a few others are mature nation states based on the very idea of immigration

. I guess what I'm thinking is, I do feel somewhat more comfortable with a concept of an ethnic nationalism in England than I am in the USA, at least in theory. There's still an ugly xenophobic tinge to it, and I'd rather everyone accept a concept of human rather than ethnic identity, but it doesn't bother me as much as it would in other contexts.

In some discussions I got in on this, it made me feel like more of a "fence sitter" than sometimes. I alternate between describing myself as an "extremist moderate" to a "loony liberal" (though the latter is more of a self-deprecating label when talking with some of my more conservative, but still thoughtful, friends.)

The symmetry between left and right is imperfect, and I do think the liberal viewpoint is ultimately more moral, somewhat more reality-based (if a bit too optimistic here and there) and has more robust mechanisms for correction from fundamentalist doctrine that the conservative side. The tribalism of both sides is nuts though - there's a lot of social pressure to toe the line.